To bring documents & receive their scholarships for ferry transport 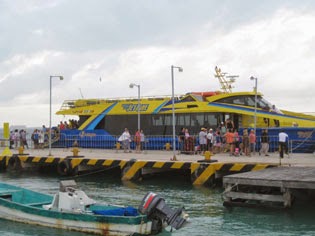 Lanrry PARRA
ISLA MUJERES, 12 de abril.-
Leer más...
The Department of Social Development wants students to bring in their documents of current studies to register for the second payment of ferry transport subsidies, for the months of March and April. The City is paying 140,000 pesos for the 91 subsidies for students attending school on the mainland. There are 64 students at university level, 22 at high school, four in middle school, and on in Special Education. The subsidy is given as a cash payment, of varying amounts, depending on how often they attend school. Some go daily, some attend only on weekends, and some go twice a month. The largest amount paid is 2000 pesos, for those who attend school daily. 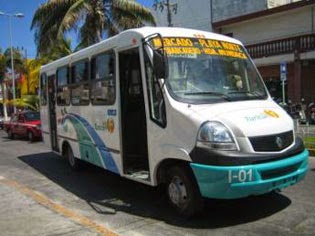 The  taxi union of Isla Mujeres is analyzing the possibility of offering urban transportation for the island. The current service has been heavily criticized in recent days for its inconsistency, and it has been noted that the Turicun company could lose its concession by default for failing to provide continuous and regular service. Otherwise, the contract for the concession expires May 16, 2016. They have been providing service for 13 years. It is noted that most of the day, service is provided every 45 minutes. The leader of the taxi unions said they are interested in offering better service to Islanders.
Intense action at Women's CIPEBA competition
With three teams participating

There are more than a thousand preschool students, over 1300 in primary, over 1100 in middle school, and about 1200 in high school. This is the end of the third part of the education cycle, and the forth and final part of the academic year will begin when they return to classes April 29th. It is noted that most school activities were suspended Thursday, April 10th, and students only attended for a couple of hours. Today (April 11) there is a soccer tournament between the student of the Colegio Bachilleres, the high school, prior to their two weeks of vacation. 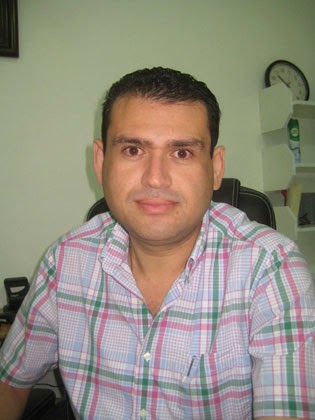 Leer más...
Edgar Gasca Arceo, municipal director of Social Development, said they had scholarships for approximately 400 students, but only 385 submitted the required documentation, which occurred on April 4th. The applications are currently being reviewed, and the final list will be available on Thursday, April 17th. The payments are made every two months of 300 pesos for primary students, 3400 pesos for middle school, 1000 pesos for high school, and 1500 for university students. The total amount to be dispersed every two months by the municipality is 290,000 pesos.


Health is a top priority: Agapito 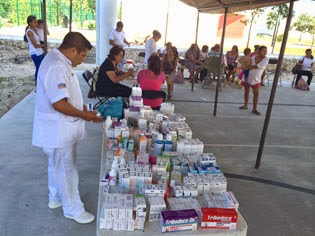 ISLA MUJERES , April 11 - . With the firm intention of achieving a healthy and disease free community , the administration headed by Agapito  Magaña Sanchez , implemented an ongoing program of health care touring all parts of the municipality. Today one of the modules was in the Continental Zone, and there was a campaign by Women's Institute to prevent osteoporosis. The screening with a "densitómetro" normally would cost 650-700 pesos but is being offered for 50 pesos, and takes less than three minutes.

Ready for the live Viacrucis

Expecting attendance of 6000 people between the two reenactments

300 voter ID cards waiting to be picked up

Por Carlos Gasca .- The IFE (Federal Electoral Institute) concluded their two week visit in Isla Mujeres, when many Islanders registered, but over 300 have not come in to pick up their voter identification cards. They delivered some 200 credentials. They will return to the island May 6-9th. The will be located in the Community Hall in colonia la Gloria, from 9am to 3pm.

This information was in the article about the kindergarten kids learning math skill and social skills while having a mock department store at the school where their parents acted as customers.