Fifty members of the CROC union 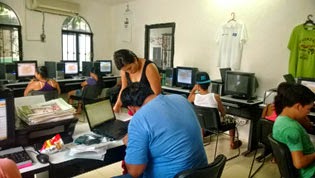 Approximately 50 members of the CROC union, which represents hotel and restaurant workers, prepare months in advance to obtain accreditation for equivalency of a primary or middle school education by exam, from the State Institute of Adult Education (IEEA).  This improves their job opportunities.The certificates are delivered approximately 30 days after the exams.
In addition to this education program, CROC offers training in English and in computers, as well as benefits like life insurance. 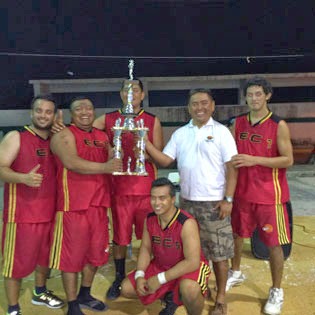 The final game of the tournament will take place Friday (tonight) at 8p, between the Mantarrayas” and “Elements”. After Monday & Wednesday, the series is tied, because they each won one game. 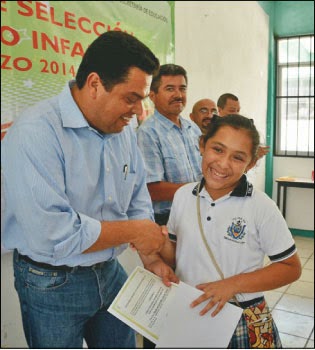 Two children were chosen to represent the municipality of Isla Mujeres at the Fourth Children's Congress 2014 “Cuarto Parlamento Infantil 2014”, which will be held at the state capital, Chetumal, on April 29th. There were 24 elementary students competing for the honor by giving speeches at Colegio Bachilleres, the high school, on topics concerning the rights and obligations of children, in relation to school, family, ecology, education, democratic values, addiction, and gender equality, among other topics. The alternates are Mariana Elizabeth Chan González & Ariel Alejandro Gamboa Martínez.

Has reduced number of thefts & complaints from visitors 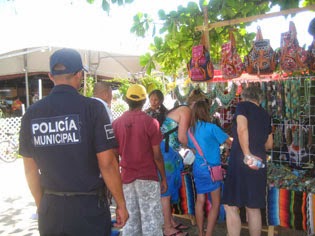 Leer más...
During March there were no cases of theft against tourists registered in a hotel or on the beach area, or at least no complaints were made, said a municipal official. During March the only complaints were by some tourists who had previously contracted a service that was not granted or it was offered at a different price. He said  all cases that were presented to this municipal agency in a timely fashion were resolved satisfactorily, with the intention of satisfying the tourists as well as the tourism service providers. Overall, the activation of Tourist Police by the Mayor has been very successful for both tourists and tourism providers. They intend to continue this program.