Mayor Juan Carrillo: Animal protection is a priority for this municipal government

The City installed of the Citizen's Council for Animal Protection and Welfare for the benefit and protection of the fauna in the municipality .
The dolphin "Paki" was returned to his habitat.
These actions are possible because this administration is committed to having coordinated work between the municipal, state, and federal governments, private industry and the community.
The mayor said that there could not be a better day for the installation of this Council for the Animal Protection and Welfare than when returning to the dolphin "Paki" to his habitat. The dolphin came to the island last May to the island, and has become a sign of goodwill and coordinated work between individuals, the government, and business. It is a source of pride for all the islanders who took part in his rescue and recovery, helping him to return to the sea.
After about a month and a half,  the severe dehydration and infection that afflicted "Paki" was reversed. Agencies involved with the rescue, recovery, and release included the Department of Ecology & Environment, the Department of Civil Protection and Fire Fighting, and PROFEPA, the Federal Attorney for Environmental Protection.
During the installation of the Citizens Council for Animal Protection and Welfare, Barranco García, director of the municipal Department of Ecology & Environment, explained that objective of the Council is to promote respect for animals and living beings that cohabit with society by modifying or promoting new rules, but especially through the generation of a new consciousness, with an attitude of respect towards living beings, nature and the environment.          Juan Carrillo Soberanis, the mayor of Isla Mujeres, said that through coordinated work between the municipal government, island citizens and federal and state agencies, as well as private industry,  results can be obtained in terms of protection of flora and fauna in Isla Mujeres, with continued work to create awareness of the importance of their care, for the benefit of the whole community.
"For those of us who are part of this administration, it is important to be an active part of the solution with the uniting of wills, efforts and knowledge, because it is our concern to have a consultative body that will unite efforts and support the search for adequate solutions for protection of animals, "said the Mayor.

All indications are that Isla Mujeres will host the XIV edition of the International Fishing Tournament, "Cosme Alberto Martinez Magaña" this weekend, June 24 and 25, after two postponements due to weather. The Organizing Committee and the City are ready to receive about 100 boats, including participants from Isla Mujeres, as well as from other parts of Mexico and other parts of the world.
The Mayor, Juan Carrillo Soberanis, said various agencies are working in a coordinated manner to ensure a safe and orderly event. Officials thanked the fishing fans, who despite the inconveniences, have remained determined to be part of this traditional Caribbean fishing tournament, and he urged those who have not yet signed up to do so directly with the Organizing Committee.


The fishing tournament will be held this weekend
http://www.tvislamujeres.com.mx/si-habra-torneo-de-pesca-e…/

The Mayor categorically denies that the Pueblo Magico designation of Isla Mujeres is at risk
http://www.tvislamujeres.com.mx/rechazan-que-este-en-riesg…/
June 22  Mayor Juan Carrillo Soberanis categorically denied that the Pueblo Magico designation is at risk of being lost, as has been claimed on some social networks. He said there are some malicious publications that only seek to affect this tourist destination.
The Mayor spoke to the media this morning (Thursday) after attending an event of the company Dolphin Discovery. He said the story claiming there is a risk of losing this important distinction is based on a study that was done last year, but no part of the study mentions that the designation of "Pueblo Magico" could be lost.
He said the designation is not at risk, since Isla Mujeres is the 'insignia' Pueblo Magico of Quintana Roo, and it is an honor for the islanders to belong to this group of towns. The Mayor said the story was written based on a publication from March, 2016, during the previous administration. The publication made suggestions based on a study about how to improve and increase the tourism industry of Isla Mujeres, but a no time did it allude to a risk of losing Pueblo Magico status.
The Mayor said this rumor has only caused misunderstandings, of which some are made with deceit towards this tourist destination. He said, "In front of you, I will categorically deny that Isla Mujeres is at risk of losing the "Pueblo Magico" status." He said that instead, they are seeking ways to increase tourism in Isla Mujeres. He said comments like these just oblige them to work twice as hard at increasing tourism promotion.


Paki has been returned to his habitat
http://www.tvislamujeres.com.mx/paki-ya-regreso-a-su-habit…/

There are videos of returning "Paki" to his habitat. A narrator says they are on the boat of the company "Garrafon" & at the end the Mayor briefly expresses his appreciation.


Do you know where the dolphin Paki is tonight? This is the most recent location.
Sabe por donde anda el delfín Paki esta noche? aquí su última ubicación

The tracking device on the rescued dolphin "Paki" emits about 80 signals daily, and is made with biodegradable materials and will fall off in ~70 days.


100 boats ready to compete
Cien embarcaciones listas para zarpar [+] Ver masFull article at this link
See translation in TVIM. This article notes that good weather is expected for those two days and that this is one of the most important fishing tournaments in the region, and several foreigners plan to compete.

Other tournamentsOf the 23 tours scheduled in 2017 on the coast of Quintana Roo, 12 have already concluded, and one was canceled due to bad weather, in Puerto Morelos. Six are pending, with their dates set on the schedule, including this tournament in Isla Mujeres. One remains to be confirmed and two are yet to be scheduled, according to the list on the website. "Pescandoenelcaribe.com".The south-southeast winds have caused changes in the schedule.
The next event in Isla Mujeres will be the 9th Barracuda tournament on July 1st. The date of the fourth women's tournament "La Dorada del Caribe" has yet to be determined.


Tension in dispute over property
Tenso ambiente en disputa por un predioVer masFull article at this link
The property in dispute is located in the Federal Zone, behind the Benito Juarez middle school, and involves the owner Mateo Burgos Garrido, who borrowed 250,000 pesos from businessman Alvaro Burgos Río, who says the property now belongs to him. 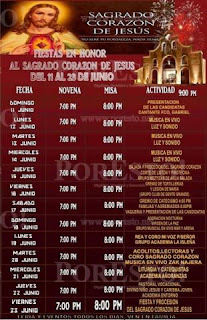