With everything to Tianguis (Tourism Fair)

Touristeros prepare new material promoting the attractions of the island 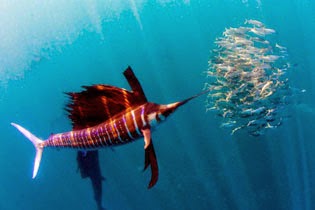 Lanrry PARRA
ISLA MUJERES, 29 de abril.-
Leer más...
The municipal Director of Tourism,  Gustavo Rodríguez Orozco, said that new promotional materials have been created for the upcoming Tianguis of Mexico to be held May 6-9 in Cancun. The material highlights activities in Isla Mujeres such as the celebration of Carnaval, the boat procession to Isla Contoy with the Virgin of Caridad del Cobre, the Feast of the Immaculate conception, the regattas, and of course, the whale shark season. The brochures also contain information about local cuisine, and underwater attractions such as MUSA, the underwater museum, and include images of pirates and the unique archeological remains of the area. During the event, they will feature the promotional video of Isla Mujeres.
The Director believes that these efforts will create a 25% increase in occupancy by the end of the year and for next year. He said this promotional material is unique, and not simply a pamphlet like you normally find at the fair, but rather it is an informational booklet that includes the most important attractions of the island. He concluded by adding that these have been printed in English and Spanish, and will be available for the travel agencies and tour operators who will be attending this important, international event.

Finishing the Book Fair at the island


The book "Forgotten Roads" ("Carreteras Olvidades") was presented by its 19 year old author, Laura Angulo, in the City Council chambers, as part of the Book Fair, which ends on Thursday, May 1st. This cultural event included the presentation of four books, cultural lectures, workshops, and tours of the fair, and was aimed at encouraging the habit of reading in the community of Isla Mujeres. The Book Fair was sponsored by the  Grupo Bibliónica and the municipal Education agency, and opened on April 14 on Morales street next to City Hall with publications such as  Diana, Grijalbo, Editores Mexicanos unidos, Alfaguara, Trota and Planeta.


The Dallas Cowboys Cheerleaders will promote Isla Mujeres in their 2015 Calendar.

·Cheerleaders of the Dallas Cowboys football team were in Isla Mujeres for a photo shoot for their 2015 calendar, which was supervised by officials from the Convention and Visitors Bureau (CVB). They were seen posing in tiny swimsuits. Sites for the photo shoot included the picturesque facade of a house on Juarez Avenue, North Beach, Punta Sur, and Garrafon Park.
This is the third time that members of the squad have been featured at locations in Quintana Roo for their calendar. The 2013  calendar featured the Riviera Maya; for the 2014 calendar they were in Cozumel, and the upcoming  calendar features Cancun and Isla Mujeres. Next year they are  expected to include other destinations such as Holbox.
There are currently 32 members of the squad visiting locations in Puerto Morelos, Cancun, and Isla Mujeres. This NFL team has the most followers in Latin America, especially in Mexico, and the Dallas sporting franchise sells the most souvenirs and promotional articles in the United States.

New promotional material for the upcoming Tianguis Turistico of Mexico, May 6-9,  in Cancun


The sailboats were expected to arrive on Sunday, but the lack of wind caused delays. Although 18 competitors were expected, there were only 15 taking part in the Regatta. Three withdrew at the last minute due to a strong storm. (a fuerte temporal). The six yachts that arrived on Tuesday are (in order): “Sweet Melissa”  “XTC”;  “14 Pennies”; “Orlant Express”; “Tatto” and “Blue Heron”. These results are not definitive, because their placement depends on the category in which their boat is competing, and the winners will be announced on Friday

Photographic session of the Dallas Cowboy Cheerleaders (I assume that is who the Vaqueritas de Dallas are...literally it means Dallas Cowgirls)

The "Cowgirls" came to Isla Mujeres

Due to strong winds, at 7am on Monday, the Harbor Master closed the port  for navigation by boats under 40 feet. This restriction includes the tour boats that travel to Isla Contoy and those that travel outside of the Bay, however tour boats were allowed to travel within the inner Bay.  Strong winds were expected for Tuesday, also. This suspension affected more than 300 boats, and the ferry boats continued to operate as usual.

Touristic activities in Isla Mujeres dropped to less than 30 percent, with the departure of the vacationing Mexcian tourists, leaving a few foreign tourists remaining. The small tour boats remained at the dock, and if they are lucky three boats will depart during the entire day, say the crews. There is a lack of visitors on the beaches, and it is evident that this will affect the economies of the families of the people who work there.  All of the tourism service providers in Isla Mujeres are affected by the lack of visitors, now that the Easter vacationers have left.
Read more: Pesa la temporada baja a los lancheros
Getting rid of the Island's trash
The Department of Public Services, with assistance from the Volqueteros Union, have begun the removal of about a thousand tonnes of garbage from the Trash Transfer Facility. The trucks and back hoes were seen working busily at loading and transporting the trash to the mainland. It is noted that the accumulation of trash is a legacy from the previous administration, because this administration inherited a nearly full Trash Transfer facility, and equipment that was 'en el retiro' (literally..in retirement).
Read more: Se deshacen de los desechos de la isla
Rescuing the Mundaca Hacienda
The work at the Muncaca Hacienda is expected to be completed within 60 days, and includes dismantling and replacing the perimeter wall. The work is being done with resources from CONACULTA, and is evidence of the Mayor's commitment to preserving the island's culture and history. As you know, it was in this place that there was a Mayan settlement, which was destroyed by Fermín Mundaca y Marcheaga, to build his estate. The work will include returning the entrance to its original location, facing the road to Garrafon on the street Fermin Mundaca. Rescuing this beautiful space will provide more areas of interest for visitors who appreciate culture, providing another tourist attraction; and the location is part of the tangible heritage of the islanders.
Read more: Rescatan hacienda Mundaca