In Isla Mujeres Daily News Monday, May 5 The Afternoon Edition

Expecting to find out what killed the fish in Salina Grande: This week 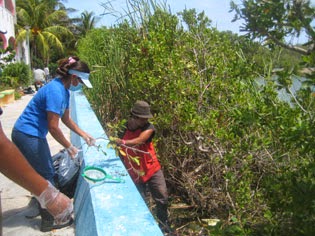 Lanrry PARRA
ISLA MUJERES, 4 de mayo.- Leer más...
Personnel with PROFEPA (Federal Environmental Protection Agency) conducted a survey of water samples at Salina Grande to determine the cause of death of thousands of fish, which has occurred this past week. The results of these studies should be available this week, as well as those previously done.
Water samples have also been collected for analysis by COFEPRIS (Federal Commission for Protection Against Health Risks, who also inspect businesses that sell food),  by the agency that certifies the beaches, and another agency on the request of the Mayor.
Meanwhile about 150 City employees continue removing the fish, to prevent further pollution, and odors. The City workers have collected more than 40 black trash bags with thousands of dead fish and tonnes of trash, despite the ongoing cleaning campaigns that have been done under this administration. The Director of the municipal Ecology agency, Cristina Medina Figueroa said the the clean up work will continue for at least three days, and the cause of the fish deaths remains unknown, and will be revealed this week when the analyses are completed.

In the Continental Zone with no sign of its occupants

Lanrry PARRA
ISLA MUJERES, 10 de mayo.- Leer más...
The balsero type, handmade boat was noticed in the area of Isla Blanca yesterday morning, and presumed to have washed up on Friday night or early yesterday. It is presumed to have held a half dozen or up to 10 undocumented Cubans, whose whereabouts are unknown. Isla Blanca is in the continental zone of the municipality of Isla Mujeres.
Course begins May 8th

For seamen to obtain their "Libreta de Mar" 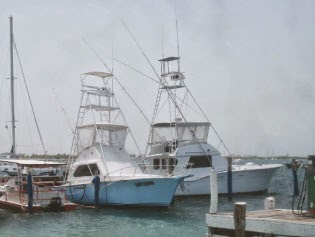 ISLA MUJERES, 4 de mayo.- Leer más...
These courses are offered intermittently and are required for obtaining the legal document required of seamen, so they are being offered before the start of whale shark season. The course for the type A Merchant Marine, which is required of the crew of private yachts, boats of passage, commercial vessels (merchant ships), and cruise ships of international stature, costs 2920 pesos. The Libreta de Mar type B, for those engaged in commercial fishing, costs 1100 pesos. Type C also costs 1100 pesos, and is required for those engaged in touristic activities such as whale shark tours, sport fishing, tourist tours, diving, snorkeling, and para sailing. Type D is for personnel of barges and platforms and costs 1800 pesos. Those who take the courses in the categories of helmsman, foreman, 'patrones de costa', yachtsman, and owner? ( paton marinero) receive a 40% discount.  Information is given about registration and requirements, and topics will include survival at sea, personal safety & social responsibility, navigation in coastal areas and at sea, first aid, and basic principles the crew should know for incidents at sea or for other contingencies. Their documents will be delivered within 5 days of completing the course.

The entrance of cold front #54 caused rainfall all day yesterday, but did not require any limitations on navigation by boats because there were not winds that posed any risks. Seamen were advised to pay attention to weather bulletins, and take appropriate precautions if the weather worsened.  Although the port remained open, most water related activities came to a standstill, and there was some flooding in low areas of the island.

This says it was cold front 45, but it was cold front #54, that caused rains disrupting tourism at this vacation destination during this long weekend. In the colonias such as la Gloria and Salina Chica, among others, the reporter noted that some streets were flooded and there was large amounts of trash, which blocks the storm drains, causing flooding. The rainfall occurred throughout most of yesterday, falling intermittently, but with intensity at times, causing people to stay in their homes and hotels. The beaches were deserted and few tourists were visiting the various sites of Isla Mujeres.

Read more: Empañan las lluvias 'puente' vacacional
When the reporter visited Salina Grande on Sunday, he found that odors had decreased and the rain had caused the water level to raise, which should be helpful. According to specialists in the field, the salina lacks oxygenation since it is not longer connected to the sea, as it was in the past. This  place was very important to the Mayan civilization for the production of salt. Water samples have been sent to laboratories for analysis, and results are awaited to determine the exact cause of death of thousands of fish.

Soggy Peso is planning some drink & food specials & a visit from the Mariachis today.