Tourists continue to arrive after several days of bad weather 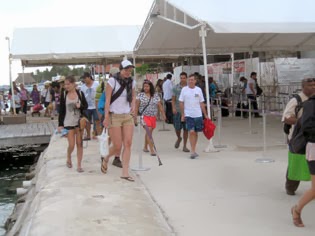 Lanrry PARRA
ISLA MUJERES, 11 de enero.-
Leer más...
After nearly a week of rainy weather, many tourist arrived to Isla Mujeres to enjoy the beaches and other activities. Many domestic tourists arrive to spend the day, while many foreign tourists rent on  on the island, and are visiting to escape the cold weather in America and Canada.
With the improved weather,  the opportunities to make money have improved considerably, and the interviewed workers said they expect more sunny days than rainy days in upcoming weeks.

Seek to reenforce embankment with help from federal funds 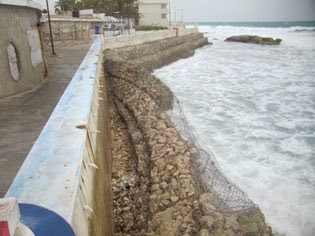 Festival of Kings at Continental Zone of Isla Mujeres 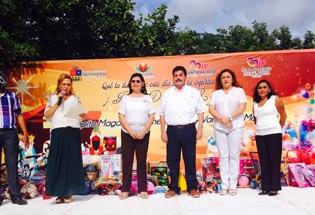 Lanrry PARRA
ISLA MUJERES, 11 de enero.-
Leer más...
Each of the children received a toy and enjoyed the raffle of bicycles, skates, dolls, balls etc, as well as the festival and refreshments. There was a similar Festival yesterday at the Convention Center on the island There's a photo of our neighbours attending as Mickey and Minnie below.

Due to increasing costs of electricity, fuel, freight, and water, tortilleria industry representative Roman Colli Ku warns that a price increase is imminent, noting that owners have a very small profit margin.The price per kilogram could rise from 16 to 17 pesos, and 18 pesos with a wrapper.  The price of masteca has been consistent in recent months at about 11,000 pesos a tonne. Price increases are likely to occur at the end of this month when the first billings for 2014 occur.

The campaign to dispose of natural Christmas trees by recycling them will continue through January 17th. They can be dropped off at Mundaca Hacienda between 7am and 1 pm with the staff of the Ecology Department.

Former alderman and PAN leader, Emilio Sosa said that Xcaret Group signed an agreement in 1998 to manage the Garrafon Park, for a fee of 16,000 dollars monthly, for thirty years, with a five percent increase yearly, a partir del 2000 "hasta la fecha" from 2000 "until the date".
It is estimated that the city treasury should be receiving about 500,000 pesos monthly. He said clause 14 of this document says it can only be amended by an express agreement in writing between the City and the bank (Banamex) and the trustee (Prmotora Xel-ha).
He said considering the dollar is trading at over 13 pesos, this should be more than 40,000 dollars monthly. It is estimated by former officials who know about the subject, that via this contract, from Garrafon the City should be gaining ~5 million pesos this year, but nothing is known about this issue. (If the peso is at 13p/dollar, then 16,000 dollars is 208,000 pesos, and 500,000 pesos would be ~38,500 dollars. Five million pesos is about 385,000 dollars.)

The rate for residents, as 'servicio colectivo' from sunrise to midnight, will increase from 13 to 14 pesos. After midnight, drivers customarily charge 50 percent more. The head of the taxi union, Eduardo Peniche said the increase will occur in March, and is unavoidable due to rising costs of fuel and parts. He explained this is a reduced rate for  "los usuarios de la ínsula", adding but in reality there is another rule applied for foreigners with temporary residence on the island, and the cost for their rate at times is twice or more compared to that which the local working people pay, and...  "por ese lado 'logran sus extras' los chafiretes, en medio de una irregularidad, pues no aparece en el tabulador que contemple eso."  I am not sure of the exact meaning, but translated literally he says....."On this side,  the drivers "achieve their extras" in an irregular way, but this does not appear in the tab/tabulations that are contemplated about this".
Other routes, such as to Garrafon, Punta Sur, and Sac Bajo, among others,  are more than 70 pesos currently, even for local laborers, but there is no alternative means of transport for them if they work in these areas. Some drivers anticipate another increase later in the year, due to increases in VAT and gasoline prices.

I shot these at Fenix yesterday. 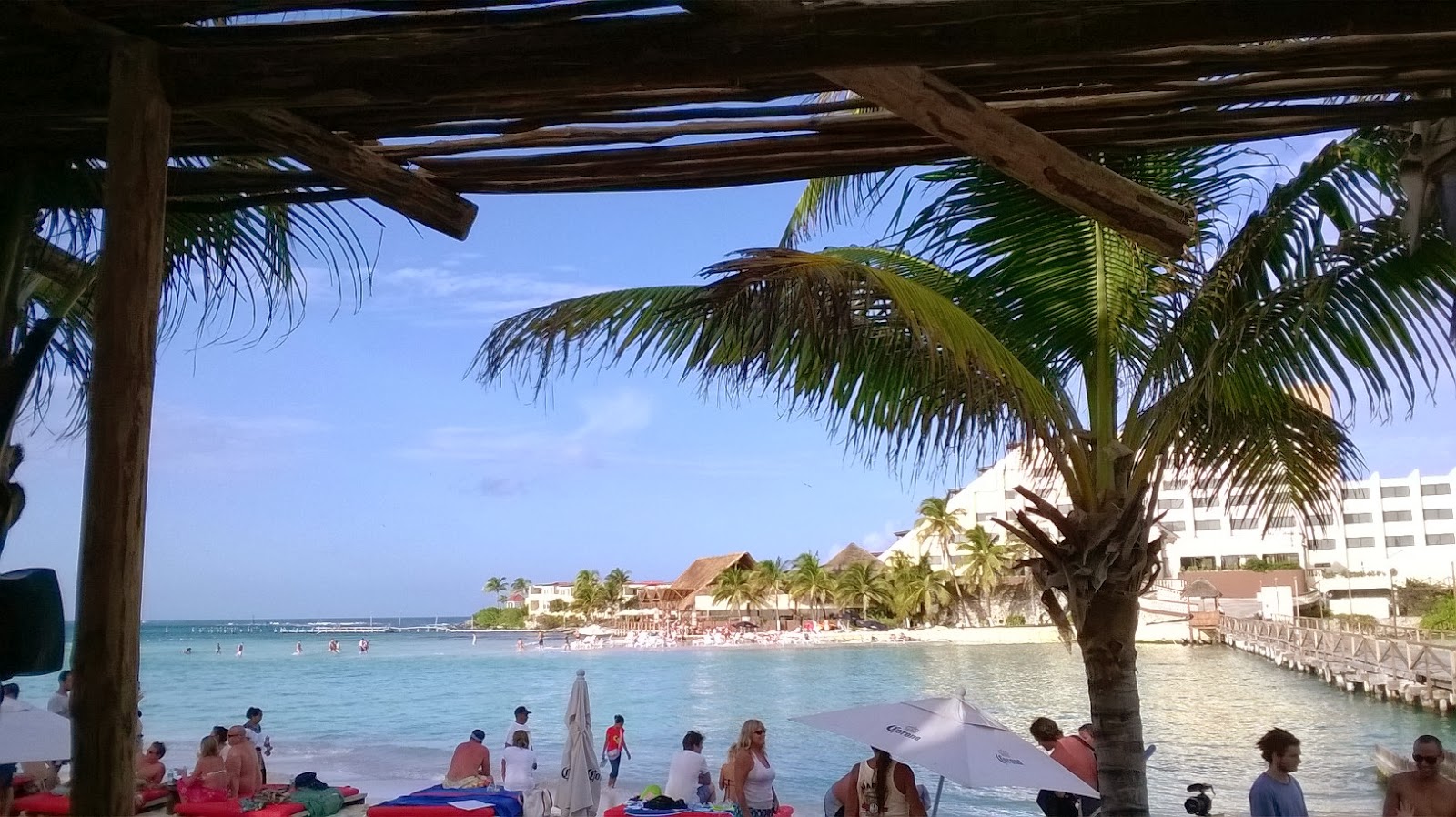 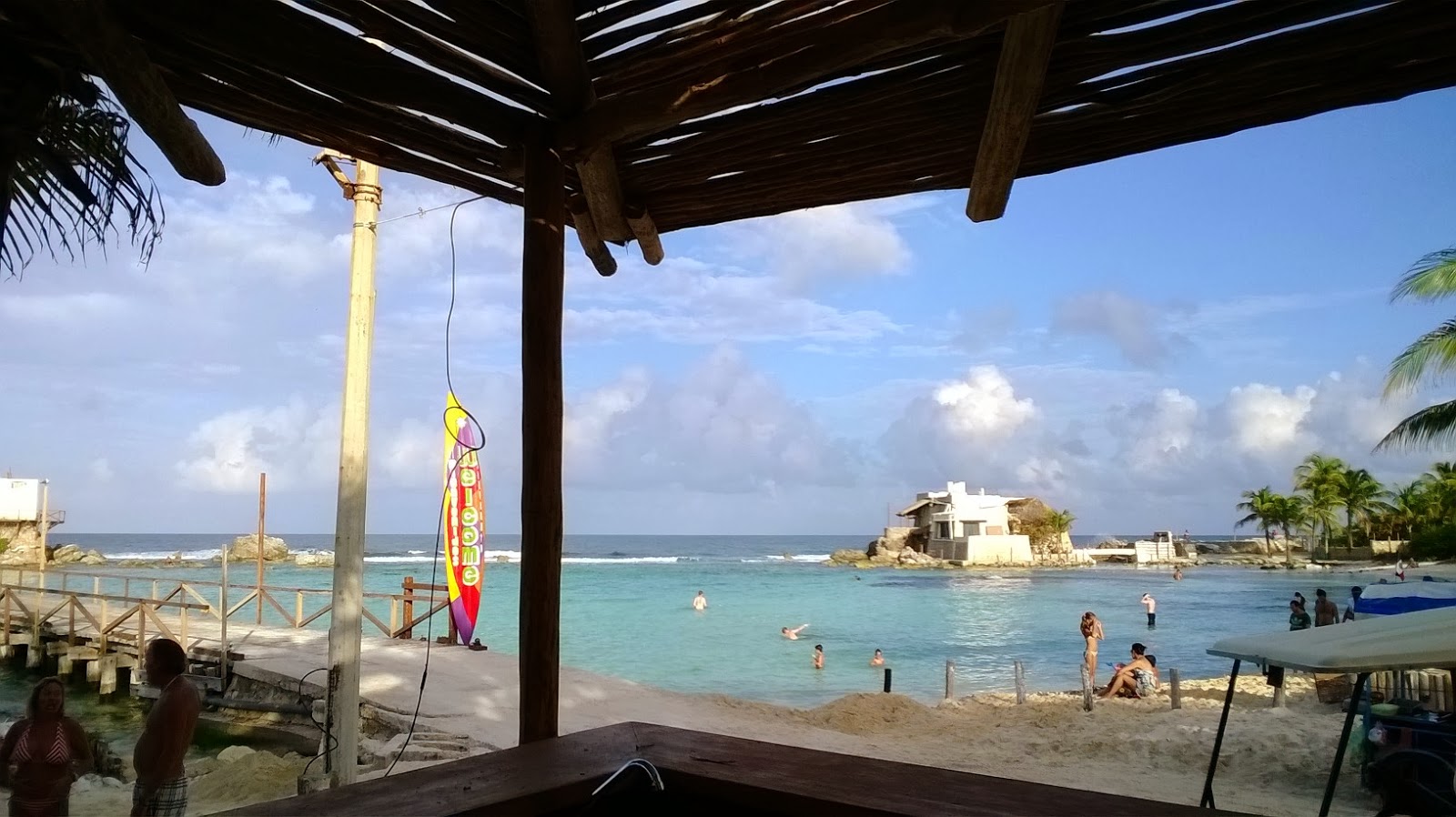 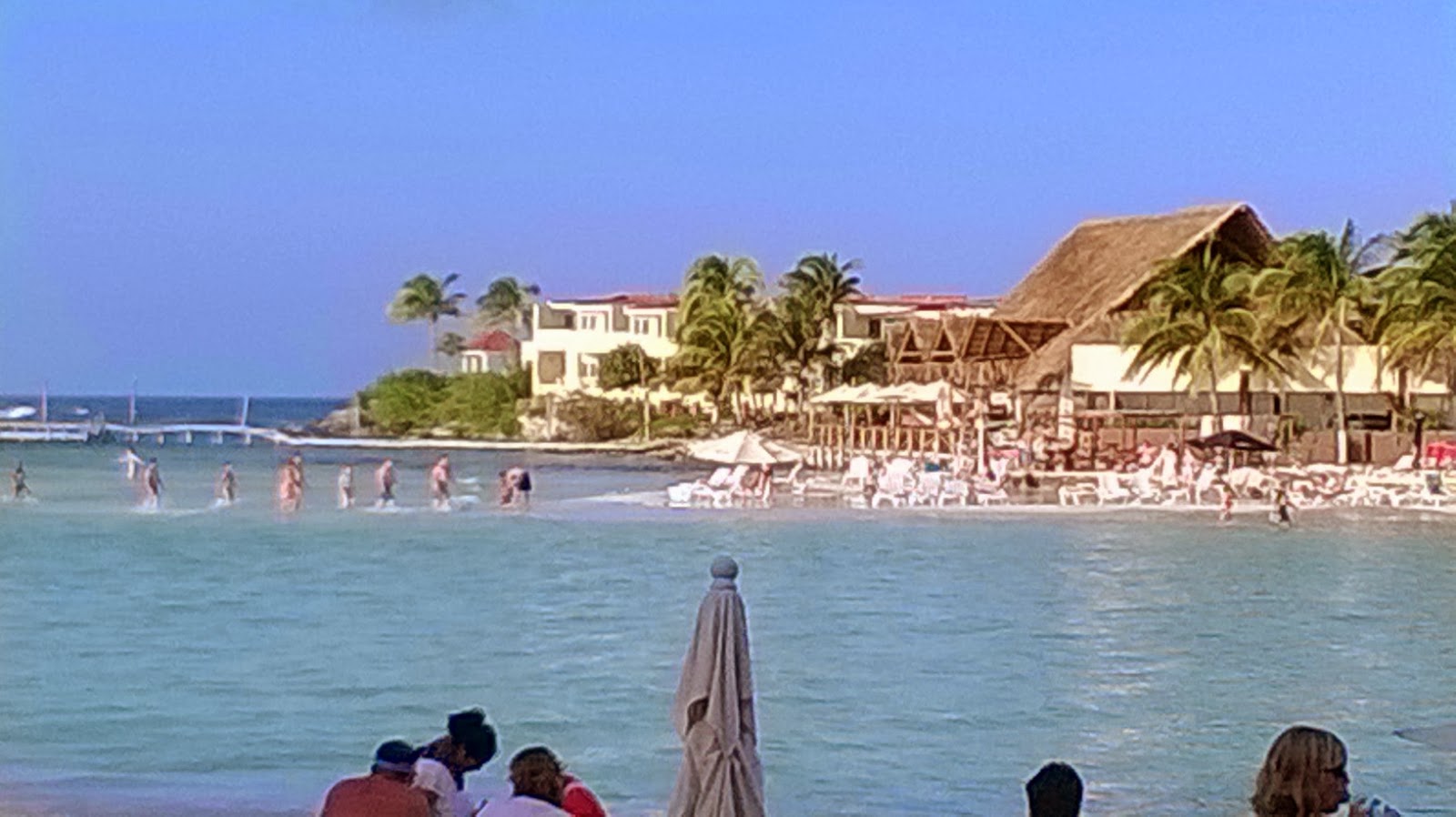 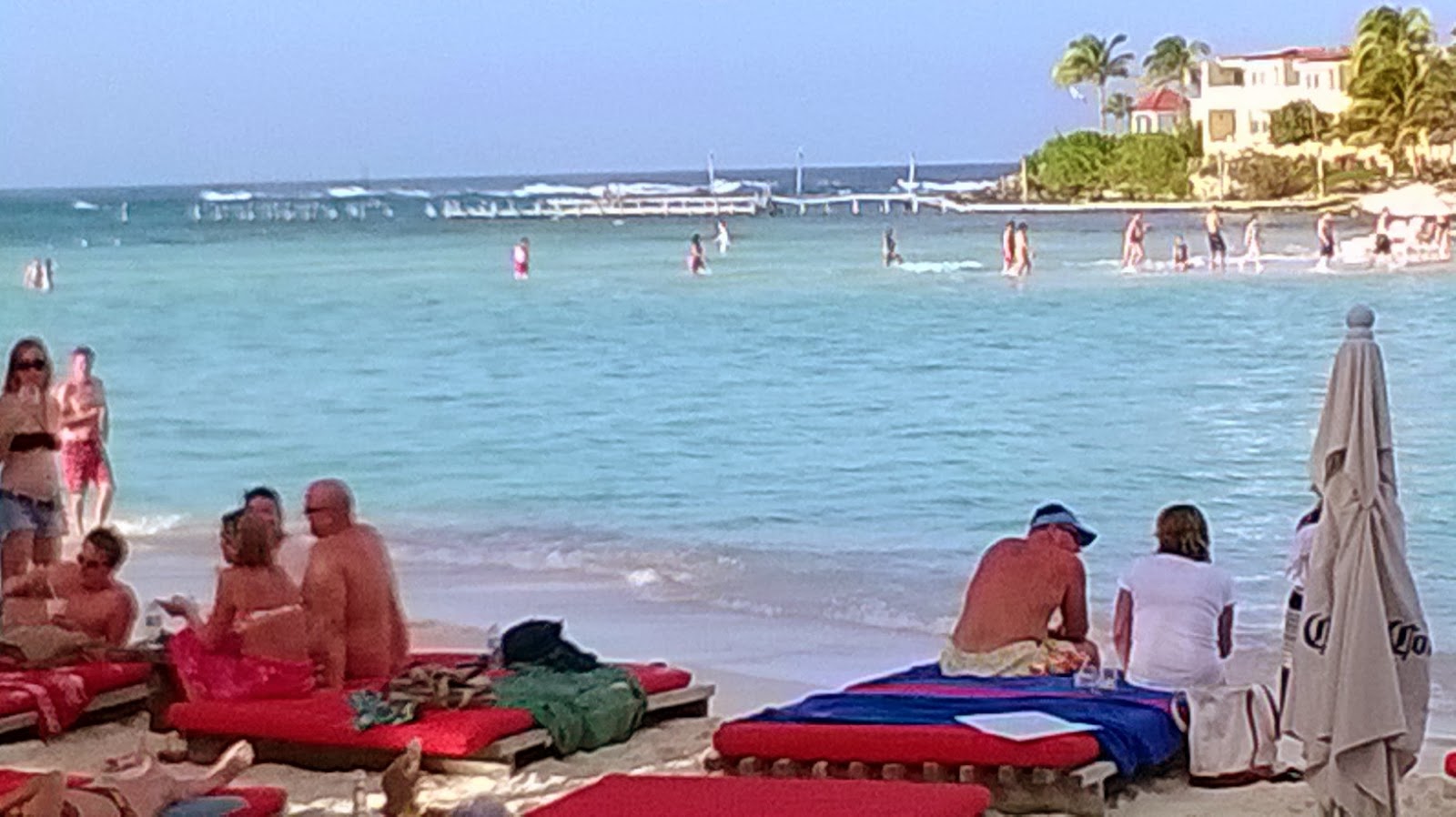 Sunset at Iguana's by Bruce... 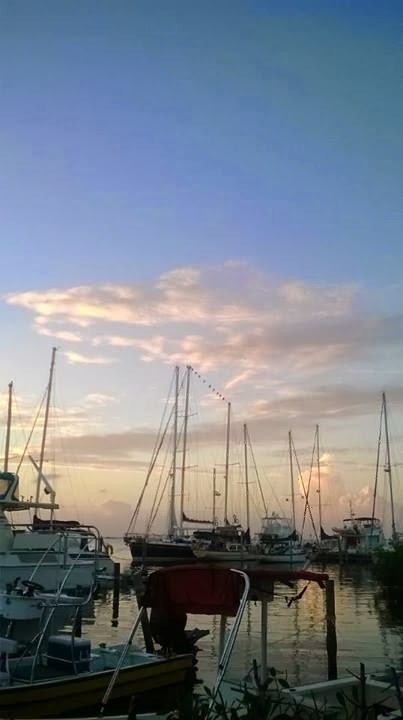 I found three of this shark bone from the spine must be from huge shark
(Found on bayside...ten peso coin is for size comparison)

Daily Update: We are in Cancun this week doing a big spay and neuter clinic with Vidas, an incredible group of vets out of Colorado who have worked in Mexico for years. I am reminded as we set this clinic up how lucky we are to have such experienced and wonderful people who make all of this happen. Animalistas, a rescue in Cancun does a huge amount of work, starting months before the event and we could never do this without Nelly who owns Storm Catchers in Cancun and brings in equipment, people and a totally positive attitude. I love this picture. These people waited patiently in the shade with their momma dog and pups until it was their turn. How cute is that pup?

Daily Update: I'm in heaven. Surrounded by dogs and dedicated doggy people. We have done  297 cats and dogs so far, how wonderful is that. I'm always amazed what people will do to get their animals to us. This guy biked for miles to bring in his dog and two cats. In case you haven't seen one, there is a bicycle on the back of this and people use them to get around.

Lechon is roasted piglet available this morning until noon at Bufalo ten pesos a taco, tortas for 25p, two for 45p, and 3 for 60p, you can order via FB or call (or just go by), no delivery

Lynda L. Lock with Lawrie Lock and 2 others in Isla Mujeres

So much fun! Three Kings party for the island children .... at the convention centre. Thank you to Marcy Watt and Chuck Watt for driving/minding Mickey and Minnie - again!

Caribe On Canvas with Isla Mujeres

It may be high season, but it's still possible to find less crowded spots on the beach. This shot was taken January 2nd around mid-day and not a person was in sight!