Lanrry PARRA
ISLA MUJERES, 12 de enero.-.
Leer más...
Gaspar Gómez Tur, better known as “El Múcaro” and/or “Luchador Social”, passed away early today (Sunday) at the General Hospital, He was moved there on Thursday in grave condition. His brother said he had been battling throat cancer, and had lung involvement. He is known on the island as an historic leader of 'general invasions' generated over several years, and as a creator of  colonias, such as  La Gloria, Ampliación la Gloria, Cañotal, Miraflores and La Guadalupana.
Literally the first nickname is a type of screech owl, and the second means social activist, but translates literally as social fighter.
An 'invasion' is when a group of people settle on undeeded or abandoned land, and form an "irregular" colonia, which can become a normal colonia (village). In continental Isla Mujeres,  28 irregular colonias are becoming 'regularized', and the federal governmental agency which generates the deeds just opened an office over there to facilitate this. On the island, members of the irregular colonia "Guadalupana" have been following procedures to have their land formerly declared by a court has having been abandoned, so that their lots can be eligible to be regularized.

Lanrry PARRA
ISLA MUJERES, 11 de enero.-
Leer más...
The  “Día de Reyes” (Epiphany) celebration at the Convention Center by the DIF brought smiles to hundreds of islander children and their families yesterday (Saturday) afternoon, with support from the State DIF and respondents to the “Regálame una sonrisa” (Gift me a smile) program. In addition to the "Three Wise Men", there were gifts, a raffle of toys, a circus show, games, music, and King's cake, creating a great deal of fun for the families. The head of the municipal DIF, social service agency said, among other things, that "Children are the most precious thing we have in Isla Mujeres and in the DIF we care for and love them. Enjoy this festival that we organized with our hearts for you!"
Civic event celebrating the State Constitution

Lanrry PARRA
ISLA MUJERES, 12 de enero.-
Leer más...
A celebration of the 39th anniversary of the promulgation of the Constitution of Quintana Roo was held in the park Las Hormigas Obreras. (The Worker Ants). The local historian and municipal trustee, Fidel Villanueva Madrid spoke about the creation of Quintana Roo as a Free and Sovereign State and the enactment of the constitution on January 12, 1975, which was also the first time the state hymn  was played.  Below is a video of the song (LINK to video), and HERE is its official document (which includes the official lyrics and requires that males should be bareheaded while it plays, among other rules. While violations of this decree are not offenses under the Penal Code, contempt or disrespect for the anthem can result in an arrest for 36 hours or a fine of 200 times the daily minimum wage,(which is about $5usd),  punishable in accordance with the severity and condition of the offender. If the offense is committed for profit, the fine can be up to 1000 times the daily minimum wage)

Two golf carts owned by the company "Prisma" were damaged on Saturday night. The owner, René Contreras, says this represents a loss of over 140,000 pesos. (Using an exchange rate of 12.5, that's $11,200 usd).
The first vehicle  (#30) was found in the wee hours of Sunday morning, at the bottom of a cliff near the trash transfer facility. This is the same cliff where a Prisma cart was damaged by vandals this summer. It had been taken from the parking lot of the hotel Casa Paraíso, where it had been parked by its American user.The police were conducting an investigation at the site.
The second vehicle, (#29) was found completely burned and was moved to the Police Impound Yard. It had run out of gas by Playa Tiburon in Sac Bajo, and the renter had given notification and a Prisma employee came to the location to secure it. Presumably vandals had been unable to move it, so they decided to douse it with gasoline and set it afire. At dawn, police officers discovered the burning vehicle, and reported the incident. Rene Contreras saw the plate and confirmed that is was theirs. A few minutes later the user of the other vehicle called about his lost vehicle, and a search was begun, and it was found below the cliff.
The owner of Prisma says, "I don't know if it is something personal, or juveniles out causing trouble, but the last time there were three youths, who could not be punished because they are minors, and the Constitution protects them from being tried as adults." He said in the previous incident he was not fully compensted, noting that although the parents acknowledged the damage their children caused, two made compensation and the other did not. 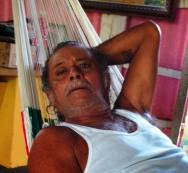 There are two couples competing for the roles of Carnaval King and Queen, after the registration closed on Friday. The women must be single, of age, and a native islander or resident, and the requirements for the men are the same, except they are not required to be unmarried.
The registrants met these requirements and the competition of the troupes of the candidates will take place on February 1st. The decision will be made by the jury, and the vote of the attendees, as well as by the selling of votes. The final count will be held on February 15th, at a time and place to be announced.
The children's competition is open to youngsters between the ages of 6 and 12 who reside in Isla Mujeres, with permission from their parents or guardians. Each troupe will be led by a boy and a girl, who will be candidates to become the Children's King and Queen of Carnaval 2014. Their competition will take place on February 15th.
In both competitions, qualifying points include costumes, choreography, and personality (animación). The prizes for the adult winners will be 25,000 pesos and 50% of the proceeds from the sales of their votes, while the members of their troupe will gain 15,000 pesos and 30% of the proceeds from the sales of their votes. The prizes for the winning pair of children is 20,000 pesos and their troupe wins 10,000 pesos. (At an exchange rate of 12.5, the adult Queen & King share two thousand dollars, and their troupe get twelve hundred dollars, plus percentages of votes;  while the kids win $1600 and their troupe gets $800.)

This was a religion based activity, offering books and advice to families about Christian values, that included Patricio Durán and Yovanny Martínez, of the Universidad de Montemorelos, in the state of Nuevo León. There are books available on the website at  http://www.um.edu.mx . The meeting was held in a small Christian church and another is planed at the middle school today (Monday) at 5 pm for parents, with inclusion of the DIF, social service agency.