On Sunday, March 21, the municipality of Isla Mujeres reported one LESS case of C-19 for a total of 278, with 25 deaths and 239 recovered. The state geoportal for 3/22 continues to report one active case in colonia 23 de noviembre. Today's report still isn't out at 6:55p. 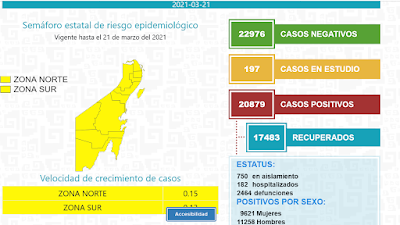 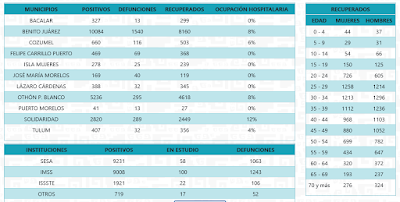 On Saturday, March 20, the municipality of Isla Mujeres continued to report a total of 279 cases of C-19, with 25 deaths and 239 recovered. The state geoportal still has the data for 3/19 reporting one active case in colonia 23 de noviembre. 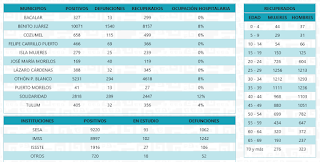 "Isla Mujeres church 1944" Our Lady of Immaculate Conception on the town square. 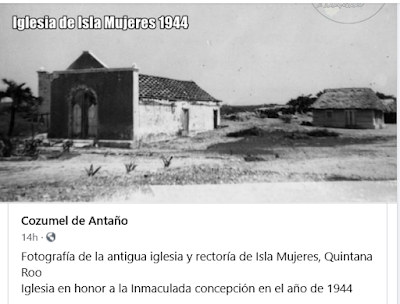 The World Meteorological Organization’s Hurricane Committee which serves North America, Central America & the Caribbean held a virtual meeting last week & decided to use this list of supplemental names in lieu of the Greek alphabet when the standard list is exhausted. These are the first ten supplemental names, check out #9.

March 22 is World Water Day and a clean-up at Salina Grande lake was conducted by the municipal government in coordination with a private initiative, with respect to heath measures. Carlos Barranco García, director of the municipal department of  Environment and Ecology said that this year's slogan is Valuing Water. Governmental participants included Directors in municipal government, and staff with  Participación Ciudadana/Citizen Participation, Parques y Jardines/Parks & Gardens and Desarrollo Urbano/Urban Development, del sector salud/the health sector and the Vectors/Vectores agency, as well as with CONANP. Those with the private initiative included staff from Hotel Zoetry, agencies associated with the Isla Contoy Marine Park, and Aguakan.

Residents are reminded to put their trash out in accordance with the collection schedule and not to leave it in the medians of the street. The municipal Director of Public Services, Pablo Jesús Moreno Povedano explained that his staff cover six routes, which are:

Route 5 covers all the beaches of the island

The official reminded residents to do their part to keep the colonias clean, to limit the weight of their trash bags to no greater than 25 kilos,  and to put it out at the appropriate locations and times. In the general colonias, pickup is Monday, Wednesday, Thursday, Friday, and Saturday, starting at 1p, with the La Gloria route beginning at 6pm.  (This is everyday except Tues & Sun). 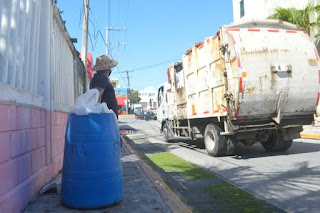 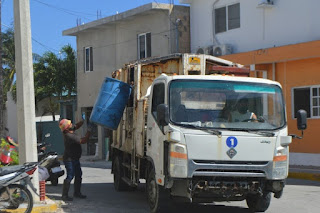 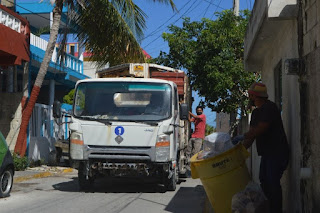 The municipal government invited women to attend the events held every Saturday 10a to 2p at the police station in coordination with various agencies to provide legal counseling and assistance to women, on the issue of domestic violence, as well as informing them about services that are available.

Staff with the municipal Department of Sports & Physical Culture are conducting cleanups in the sports areas of the island every week, despite these areas being closed due to the C-19 pandemic. The Director of the department, Oswaldo Gonzalez Barredo, said this will prevent deterioration of the facilities and they will be in excellent condition when the state epidemiological allows these activities to resume. 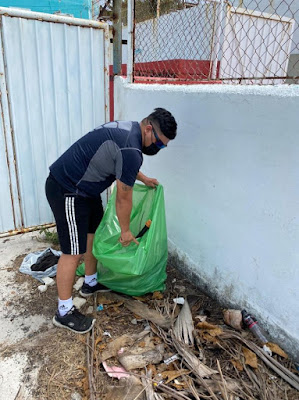 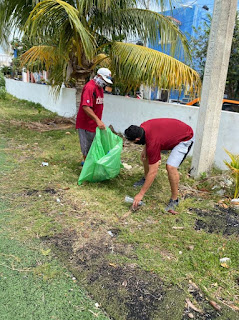 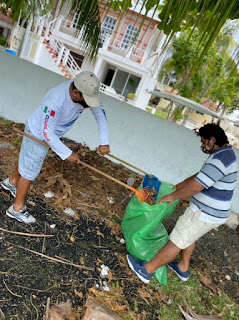 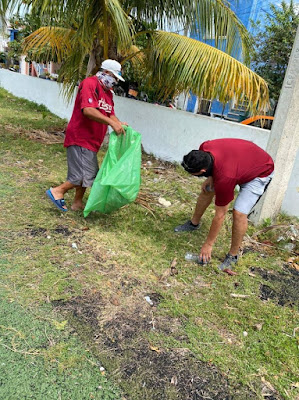 The state Port Administration (APIQROO) reported that in the first two months of the year, there was a movement of 522,388 passengers between arrivals and departures on the Puerto Juarez and Isla Mujeres ferry route. During the same period, on the Playa del Carmen-Cozumel route there were 304,281 movements of arrivals and departures of passengers, for a total of 826,769 movements of passengers. These are less than the same two-month period last year, due to the effects of Covid-19. Passengers have at their disposal antibacterial gel and sinks and health protocols are maintained in the maritime terminals such as mandatory use of face masks and healthy distancing.  LINK

On Friday, the Governor announced that Cozumel will be the first destination of the Mexico and the Caribbean to reactivate cruise tourism. He said Royal Caribbean announced its return to Cozumel in June. TV Isla Mujeres reports that on Saturday the company announced a series of 7-night itineraries aboard the Adventure of the Seas, which will set sail from Nassau in the Bahamas on June 12 for the port of the island of Cozumel.

It is noted that the Royal Caribbean company announced that the ships will sail with vaccinated crews and the cruises will be available to adult guests who have been vaccinated against C-19, and for those under 18 who have negative test results.
The state Secretary of Tourism, Marisol Vanegas Perez, spoke about the tireless work that has been done since the beginning of the pandemic to maintain the quality of the state's destinations and tourism facilities, particularly in the areas of health protection and prevention. She said protocols for cruise destinations have been prepared since August 2020, which have been implemented by the Cozumel tourism sector, to facilitate the arrival of more tourists, thus generating more and better opportunities for the people of Quintana Roo. LINK

Public events have been suspended due to C-19, but a race is being held March 27. Some holidays have featured online competitions and events.

Friday, March 5th:  When public events were held, there was an annual ceremony commemorating the arrival of Francisco Hernandez Cordoba in 1517, who is credited with discovering the Yucatan and what is now Mexico, after landing on Isla Mujeres. 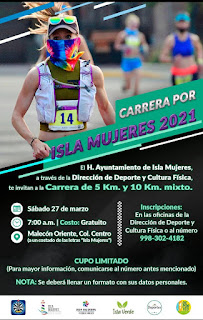