Wednesday, the municipality of Isla Mujeres reported one LESS case than yesterday, with a total of 276 cases, 25 deaths and 231 recovered. The state geoportal still had data from March 9, which has been unchanged since Feb. 10th and is probably outdated. 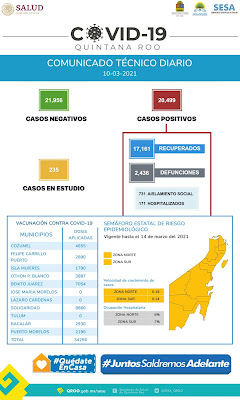 Thursday, the municipality of Isla Mujeres continued to report a total of 276 cases, 25 deaths and 231 recovered. The state geoportal for March 11 continues to report six active cases located as Meteorologcio-3, Salina Grande-1, Amp la Gloria-1, and colonia 006-1....which it has been reporting since February 10th, and is probably outdated. 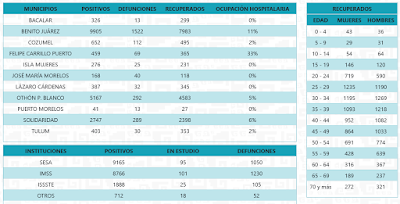 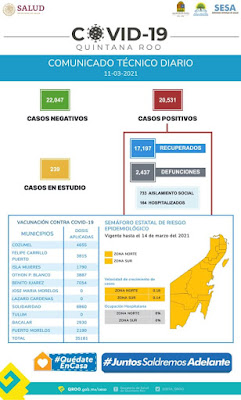 Last night the Governor reported that our Northern Zone will remain in Yellow thru March 21st, as does the rest of the state. 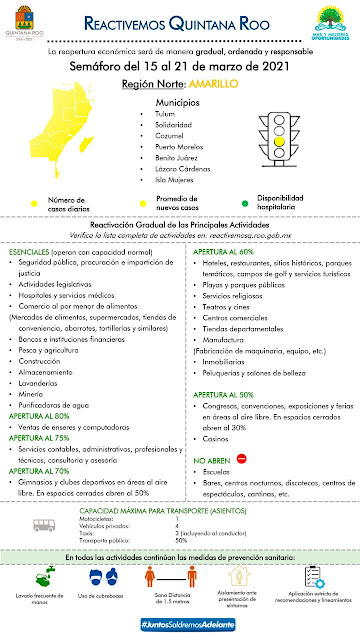 Tuesday afternoon, gunshots were fired at the Casa Blanca bar that left a woman dead and an injured man who was taken to the Isla Mujeres Community Hospital by the Red Cross ambulance. The municipal police, Naval Personnel and personnel with the Fiscalia (Prosecutor's office) were investigating and cordoned off the area.

This five-minute video features the very talented Barbara Siebenlist with many of the impressive murals she's painted on Isla Mujeres, plus others you've probably never seen before.

Yesterday (Thursday) the municipal police department held a "Live Safe" event at the Bicentennial Dome which provided precise information to the citizenry, as well as generating bonds of trust and closeness between the police and the community.  The event included informational modules, police dogs and the Quintana Roo police orchestra. It was conducted with respect to hygiene protocols for the prevention of contagion of C-19.

The municipal DIF (social service agency) continues to support the vulnerable members of the community on the island and on the mainland part of the municipality in the face of this pandemic with donation tables. Thanks to donations by the Chedraui company, they continue to distribute yogurt and pastries and have assisted 1221 individuals and families in the first months of the year who have been most affected by the pandemic.

Municipal DIF Director Yuseli López Tec explained that in addition to the tables that are regularly installed at the DIF facilities on both the island and Continental Zone, various programs have been implemented because, she said, "We know that many have lost their family's only source of livelihood to the health situation."

Caption: Remember that after touching a surface of common use you should wash your hands with enough water and soap to prevent the spread of Covid-19.

Caption: Let's help keep an island clean and green, collect the trash you generate and avoid throwing it on the street.

Isla Mujeres al Momento  reports that a metal detector 'arch' and an x-ray tunnel/conveyor-belt were installed at the Isla Mujeres Maritime Terminal to detect illegal items or substances, for greater safety.