The state Secretary of Health, Alejandra Aguirre Crespo, reported that a total of 3458 front-line C-19 workers have received two doses of the Covid-19 vaccine. Sixty-one percent of the front-line medical and nursing staff who are in direct contact with C-19 patients have received the second dose, including orderlies, ambulance personnel, and food delivery employees.

Regarding the administration of the first vaccines to residents 60 and older, she said a total of 3270 doses have been given, which represents 47.3% of the vaccine shipment that Quintana Roo received on February 14th.  They gave 1580 doses in Bacalar and 1690 in Leona Vicario. She advised seniors who are 60 and older who have not yet registered to do so at www.mivacuna.salud.gob.mx

She reminded everyone to continue prevention measures such as wearing face masks, frequent hand washing or use of alcohol gel and maintaining healthy distance. She encouraged everyone to stay informed via official sources, noting that a video with false information was circulated on social media encouraging residents of Cancun to go to Leona Vicario for vaccinations. She asked people not to share unofficial information.

Yesterday the Governor announced that he has had meetings with the pharmaceutical companies Pfizer, Sputnik and CanSino concerning the possibility of purchasing vaccines, in coordination with the federal government of Mexico.

An article by 24 Hours.mx said Governor Joaquin is in negotiations with various laboratories and governors of CONAGO (National Conference of Governors) and Acción Nacional to acquire doses in a private manner which could occur in November-December. He said the idea is for hoteliers and tourism entrepreneurs to acquire at least 250,000 doses 'to vaccinate in advance of the production plant' (para vacunar con anticipación a la planta productiva), to give tourists greater confidence that they are visiting a safe destination. The Governor said, "At the beginning, this was difficult, since most of the vaccines were committed to  governments, but in talks we had yesterday and the day before yesterday, some possibilities were opened to buy them."

The Governor said  the immunization of the elderly in Bacalar and Puerto Morelos is going according to plan and that after a few weeks of uncertainty, it appears that the situation has been regularized with the purchase of AstraZeneca, CanSino and Sputnik V vaccines, which will begin to arrive to the states on a weekly basis for administration, according to age, between now and the end of the year. He said, “There is confidence that the vaccination program will no longer stop. We expect the weekly arrival of about 13,000 doses.” He said they are working in a coordinated manner with the federal government concerning which municipalities will be next in the process. 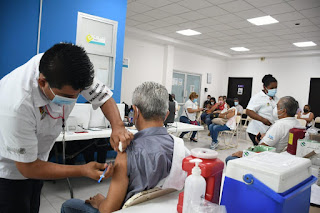 Yesterday, Isla Mujeres continued to report a total of 274 cases of C-19 with 25 deaths and 227 recovered. The state geoportal still has the data for February 17th  which continues to report 6 active cases in Isla Mujeres as: Meteorologcio-3, Salina Grande-1, Amp la Gloria-1, and colonia 006-1.

Last night, the Governor was pleased to announce that the entire state is returning to Yellow on Monday on the state epidemiological light, due to decreases in cases in all 11 municipalities. He warned that Isla Mujeres needs to pay attention to protocols because it experienced a slight upward turn this past week, and he was especially pleased with Tulum's improvement. Governor Joaquin blamed holiday gatherings in late December for the return to Orange (which began Jan 25th in our Zone), slowing the economic recovery. These are the graphs for the 7 municipalities of our Northern Zone. Benito Juarez is Cancun, Lazaro Cardenas is Holbox and Solidaridad is Playa del Carmen. 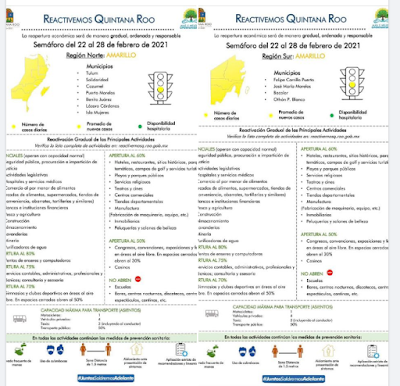 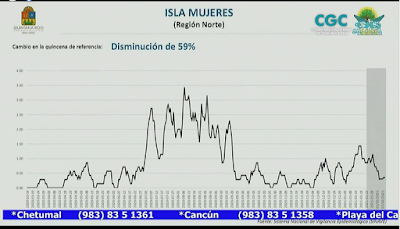 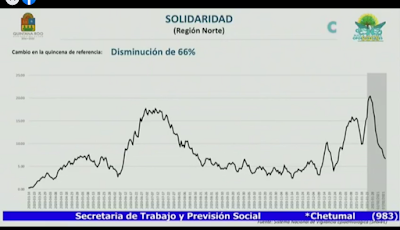 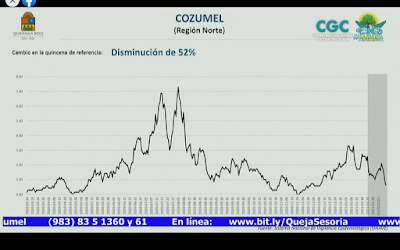 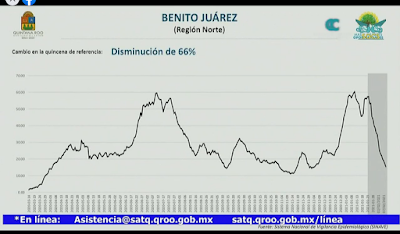 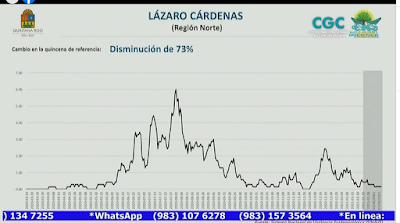 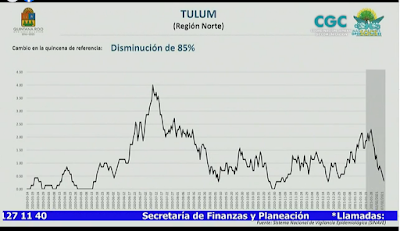 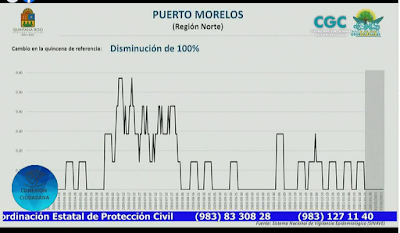 Wednesday, Q Roo received its third shipment of Pfizer vaccines, which is a total of 5850 doses. There will be 4,145 doses administered in our Northern Zone and 1705 doses in the southern part of the state. The first two batches of Pfizer vaccines were given to front-line C-19 workers, and this week seniors in Bacalar & Puerto Morelos have been receiving AstraZeneca vaccines. 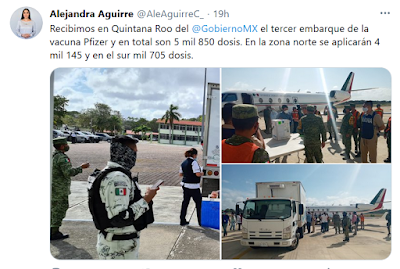 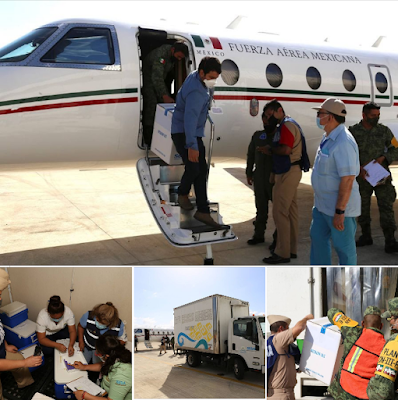 "International Living" has included Isla Mujeres in a list of "5 Best Caribbean Islands to Live On....and 2 to Avoid". It realistically explains that a 1B/2Bath condo can be purchased for $230,000 or a one-bedroom rental found for $700-$1000 month. And excerpts the life of a foreign couple who built a 2000 sq.ft. home for $700,000, noting a couple can live well on the island for about $36,000 a year. It explains that Isla Mujeres attracted visitors before Cancun existed, but mistakenly labels that city as Isla's more-developed "older sister", although Cancun just celebrated its 50th anniversary and it's been over 170 years since war-refugees settled the island. The photo by Jim Guy is a sunset and the article is here: https://internationalliving.com/5-affordable-caribbean-islands-to-live-on-and-2-to-avoid/?utm_source=pr&amp;utm_medium=pr-organic&amp;utm_campaign=press-release
There's a CNBC spin-off article here that mistakenly claims it's cheaper to live in Isla Mujeres than in Cancun LINK 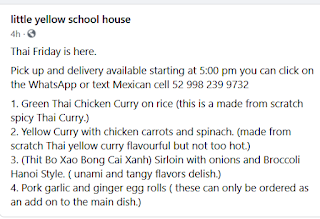 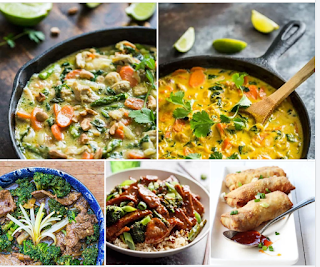 The Director of the municipal Crime Prevention unit, Flavio Carmona Valdivia, explained that starting on February 20th, an event will be held on Saturdays to provide support for women and ensure their human rights, from their personal health to their psychological health. The campaign, "Comprehensive Care for Women in Legal Matters" provides various services focused on their well-being and support. He said it is very important that women feel supported in various fields and, as institutions that ensure their well-being, these kinds of programs are critical. Legal advice and support in criminal and family matters will also be provided in order to help prevent and eradicate violence against women in all its forms. More information is available at 998- 999- 0051.

The event will take place from 10a to 2p at the municipal Police Department offices, with participation by DIF social service agency, the Office for the Defense of Children, the state Institute for Women, and the municipal Institute for Women. It is coordinated by the municipal police department with the state vice Prosecutor's Office and other institutions, which include the Office of the Attorney General for Justice of the State of Quintana Roo, which collaborates in criminal matters through the Specialist Prosecutor's Office for the Attention of Crime against Women and the Special Prosecutor for Crimes Against Sexual Liberty (Fiscalía Especializada en Delitos contra la Libertad Sexual y el Libre Desarrollo de la Personalidad del Estado) 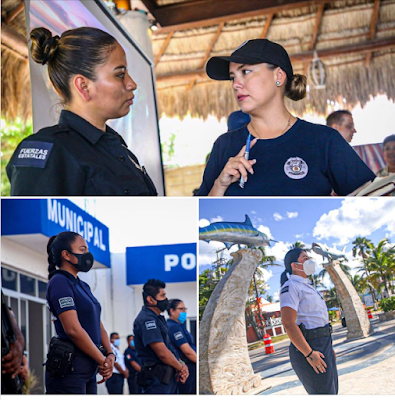 Caption:  Cigarette butts pollute water and sand, collect and throw them in the nearest container, help take care of our beaches. Graphic: Avoid throwing your cigarette butts in the sand when you visit our beaches.

Caption: If you have symptoms associated with coronavirus, stay home, don't leave for work or go to busy places, the most important thing is to take care of your health and that of the most vulnerable. Graphic: If you experience symptoms of Covid-19 stay in social isolation.

La Tertulia reports that two Molina Aviomar ferries  have been observed carrying on tests for navigation and docking, after arriving from a shipyard in Progreso, Yucatan, where modifications and maintenance were done. The company is expected to put a total of four boats into operation on the Puerto Juarez-Isla Mujeres route, which is currently serviced exclusively by Ultramar. It is noted that the Molina Avionar company has had permissions from the SCT (Secretary of Communications and Transport) since August, and now it is a matter concluding the requirements. There has been no official announcement from the company concerning their starting date. (Photos of "Jetway" ferries)

AM Informativo reports the boats "Jetway" have a capacity for 77 passengers and says they will operate from the "Gran Puerto Cancún a un costado de Ultramar" (beside), are expected to have low rates for an indefinite time with an attractive plan for residents, and to depart every 15 minutes starting at 6am. They say in addition to these two boats, to more will arrive that are larger and more modern & efficient to provide better service to island families and visitors. (photos)     This blog is brought to you by....