Lanrry PARRA
ISLA MUJERES, 3 de marzo.- .
Leer más...
This article says an used ambulance was purchased in good condition, (It says for 1000 pesos but other articles said 40,000) and that a computer was also purchased, for handling tax issues, at a cost of 10,000 pesos. The perimeter fence is under construction, at a cost of 14,000 pesos.These works are paid by from funds collected at convenience stores, which amounted to 53,883 pesos. There has been some income from teaching classes 'de cardio' from 4pm to 8pm at the facilities. The Red Cross now has a nutritionist providing consultations Monday-Friday after 1pm. They are offering general medical consults by Dr. Xhanalt Gonzalez Mora, which include general medicine, outpatient treatments, emergencies, diabetes control, as well as tests for diabetes and cholesterol, and Pap tests. There have been donations by individuals including a marine band communication system with two radios and an antenna, by "Steve Fierre de Broken", as well as medical supplies by the Shaw family from Canada, Kathy Enny (Ennis) and Barbara Cut.

Agapito thanks the armed forces

This is a federal program, which is a national disarmament campaign, that concludes March 10th. There are two arms exchange modules, with one located on the right side of the Palacio Municipal and the other at the Community Center on the mainland. Trained  staff will receive the weapons and give financial incentives as appreciation. There will be no inquiry and a rapid and safe procedure is guaranteed. In a speech, the Mayor expressed his respect and gratitude for all the members of the Mexican Army and the Navy.

Beach Carnaval
Islanders revive the tradition in honor of "Momo" 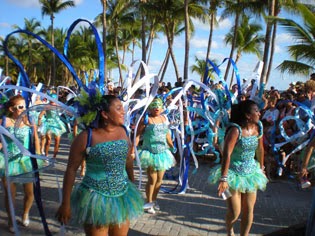 Lanrry PARRA
ISLA MUJERES, 3 de marzo.-
Leer más...
The first parade of Carnaval was colorful and enthusiastic, and infected the entire island with excitement. The troupes danced and sang to the Posada Beach where there was a party featuring the band Asere que bola. The King Manuel I and the Queen Daniela I led a party that was attended by the five competing troupes as well as troupes from the dance academies, family troupes, in honor of the King Momo. The senior citizens danced and sang, as is traditional. The party continued Sunday night on the plaza  with a costume contest for the children, a pet costume contest, and one of the troupes performed. The names of the contest winners are given.

Disorganization tarnished the celebration
Desorganización ha empañado la fiesta[+] Ver mas
The Organizing Committee of Carnaval reported there are about 15 troupes dancing and entertaining, which include children and adults. There was some traffic congestion due to detours. There is a box downstairs at City Hall for letters to Juan Carnaval, which iwll be published, except personal attacks. Anyone wishing to submit satirical compositions or poems should do so responsibly. The reading of the will shall occur on the town square at the evening party which beings at 7pm.  On Tuesday will be the traditional Negrada of the troupes, toro petate, will occur at midday, and in the evening with be the Noche de Comparsas (troupes) 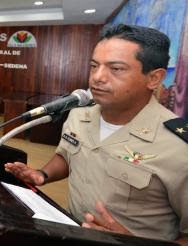 There are parades in the afternoon (see dates below), down Rueda Medina  between the north end (by the monument to the fishermen & Jax) and the whale shark monument at the Bay malecon. This year they have been starting at the south end and traveling north.  There are performances, competitions & events nightly on the Town Square, which are usually scheduled to begin around 8pm. The troupes also perform at parties, hotels, restaurants, & in the streets. This info is from the newspaper articles about Carnaval, most of which lacked specific times. Last year the events on the square were scheduled to begin at 8p, but often started later. The parades were scheduled to start at 3p, but started earlier and later. You can generally see and hear the participants & spectators moving toward the event before it begins.

Sunday, March 2, Parade scheduled to begin at 3pm on Rueda Medina and  they will hold the traditional Carnaval Playero at the Posada del Mar Beach, with the children's costume contest on the beach at 4pm. There will be competitions & presentations at the town square, usually scheduled to begin around 8pm.

Monday March 3 will be the second parade through the main streets of Isla Mujeres. There will be the traditional regional evening on the town square with Yucatecan outfits, and the dance of the pig's head & the bull petate  (el baile de la cabeza de cochino y el toro petate), among other activities There will be a costume contest in the Open category and a competition between the dance troupes in the Regional category.

In addition, with the regional night on Monday, there will be a celebration of the discovery of Isla Mujeres, which occurred on the 3rd of March.

Tuesday March 4th  is the last day of Carnaval, the "Mardi Gras", which begins at mid day with the Negrada, when the troupes will pass through the streets downtown, in the presence of the traditional "Toro petate". That night the festival will continue on the town square with the contest between the troupes, followed by the reading of the will of "Juan Carnaval" and the burning of his effigy.