At 10 o'clock this morning: Salinas 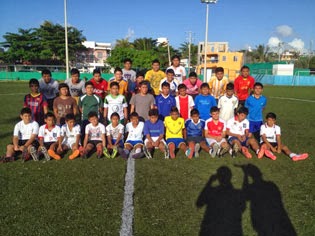 Lanrry PARRA
ISLA MUJERES, 21 de febrero..
Leer más...
The soccer playoffs are for those under 17 years of age, to determine who will represent the state in the regional phase of the National Olympiad 2014. Isla Mujeres will host the state elimination competitions in soccer, and they will be taking place on the synthetic turf of the facility in colonia Salinas, starting at 10am today with Cozumel vs Benito Juarez (Cancun). At 2pm Isla Mujeres will play against Cozumel, and at 5pm Isla Mujeres will oppose Benito Juarez (Cancun.) The athletes have been preparing intensely in recent weeks. 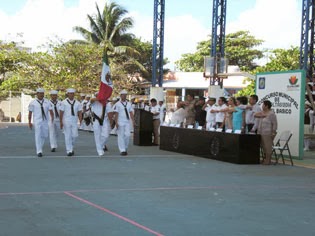 Lanrry PARRA
ISLA MUJERES, 21 de febrero.-
Leer más...
Students from seven Isla Mujeres schools participated, as well as two groups from the municipality of Benito Juarez (Cancun). Members of the Navy also marched and presented flags. The event took place under the dome at the Bicentenario plaza. The official awards will be announced as part of the celebration of Flag Day. (Dia de la Bandera), on February 24th, when the Mayor will deliver flags to all the schools in the municipality. 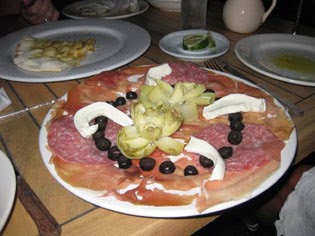 Lanrry PARRA
ISLA MUJERES, 21 de febrero.-
Leer más...
. As part of the ongoing monitoring program, the Federal Commission for Protection against Health Risks (Cofepris )will inspect an average of 200 businesses in upcoming days, said Leonel Garcia Povedano. They are doing routine inspections around the town, applying strict regulations, to insure the safety of tourists. Isla is known as a safe tourist destination, and he said they monitor 150 to 200 businesses regularly.  He said the penalties are high, and businesses should take into consideration all of the recommendations given in recent hygiene courses. They have been inspecting the businesses at the municipal market in colonia Canotal, focusing on the sellers of pork and beef.

Por Carlos Gasca > Quequi.-
0 comentarios Leer toda la noticia
Dr.  Xhanat Tze Mora is providing medical consults at the Red Cross on Monday through Friday 9am to 6 pm, at their facilities in La Gloria, near near the Sacred Heart of Jesus church. There is no fixed cost, and a voluntary payment is requested.  The organization is asking for community support in fundraising activites in order to purchase a new ambulance via a federal program, because the vehicle currently in operation is in poor condition. (This doctor speaks English and Spanish.)

Leer más...
Share
The municipality: Meeting the needs of islanders

This was at Punta Sam...in the mainland area of the municipality of Isla Mujeres.

Inspectors with SINTRA (The Ministry of Infrastructure and Transport) impounded a rental golf cart for incorrect license plates, which belongs to Coco Rentadora on Avenue Rueda Medina. The vehicle was impounded yesterday near North Beach because it did not have the type of plates for public rental. An inspector explained that they will be reviewing documents, and these inspections will continue and be ongoing.

She is the wife of the Mayor and the head of the DIF, social service agency.  The senior citizens threw her a surprise party at their facility in La Gloria.

Viernes 21 de Febrero de 2014 13:43 Jesús Molina DIARIO RESPUESTA
The families at the Naval apartments near Makax Lagoon in colonia La Gloria found themselves without electrical service yesterday morning when a transformer suffered a malfunction. The damage was repaired within hours, and everything is back to normal, although there were complaints until it was fixed.
Leer más...
Share

The local office of Communications of the state government issued a leaflet to the 16 golf cart rental agencies, regarding requirements about documentation that will be enforced beginning on March 1st. The carts must have a notice in Spanish and English of 45 x 45 cm stating that users must carry their papers and show them to Traffic police when requested.
During this winter season, there are about 600 carts circulating the island daily, which causes some chaos at some areas of the island. It is presumed with certainty that there are owners taking the opportunity to rent unauthorized vehicles, which is generating complaints between the agencies.
También el personal de Comunicaciones y Transporte del gobierno estatal realiza su trabajo, y cuando entre en vigor la medida, ningún vehículo deberá arrendarse fuera de su sitio oficial. That says: Also, when the staff of the state agency of Communications and Transport have finished this work, and when all the rules are in force, no vehicle will be rented except from its official site.  There have been cases of tourism promoters on the main street malecon who rented golf carts to tourists, without having documents. 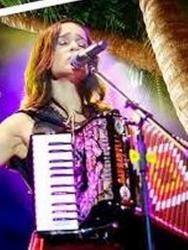 This is the first of her two concerts in Isla Mujeres this year, and will take place under the palm trees of the beach of the Hostel Poc Na tonight.  She is one of 15 international artists who have performed on the island in the past two years, with more planned for 2014. These include Amparo Sánchez,  28 of March; La Pata de la Tuerta, 19th of April; Fabiana Castillo, 4th of May; Auténticos Decadentes, 25th of May; Damas Gratis, at the end of July or early August ; DancingMood, in October, and the return of Lumunba (con Fidel Nadal y Pablito Molina), at the end of October.
There will be a festival against gender violence on November 20 which will feature Ms Venegas, with Lila Down, Marisa Monte, Susana Vaca, TotoMomposina and Ileana Cabra. At other times: Manu Chao, Cuban Beats, Jarabe de Palo, Quique Neira: and maybe Calle 13, depending on various factors.
For every ticket sold, 10 pesos goes to the DIF social service agency, and there is a limited capacity of 2500 people for the concert tonight. 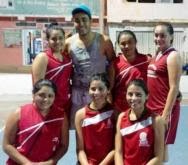 The Director of Sports, Enrique Barros announced that they are restructuring the sports leagues in coordination with the Committee for Youth and Sport of Quintana Roo (COJUDEQ) to convert the categories A & B, in basketball, and then in soccer, baseball, softball, and volleyball. They are also eliminating the registration fees for all teams.
There will be a five kilometer and ten kilometer race on March 23, starting at the Posada beach at 8am. Registration is open until March 20 with a fee of 300 pesos for adults, which increases to 350 on the 16th, and children from age 2 to 12 may be registered for 100 pesos each.
It is noted that some sports facilities need attention, but they have been given maintenance lately, including the basketball court at the high school, Colegio Bachilleres. 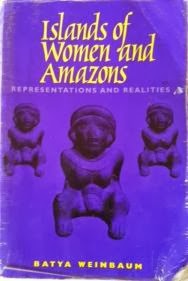 The book contains photographs from the 1990's and is for sale on the Amazon website. Its author, Batya Weinbaum said she is preparing its second edition. The book includes discussions about myths about women, influences of Mayan women, and the culture shock caused by the arrival of tourists from North America and Europe. The author says this caused a dramatic evolution in two decades, and the rapid 'extranjeriza' of this location and led to the advance of “extranjerismo” (Extranjero means foreign/ foreigner)The second edition will contain reflections on the current coexistence between foreigners and local people in the colonias.
The author first visited Isla Mujeres in 1971, when there were only 4 hotels and 4 restaurants, of which only one had a 'foreign menu'. She gave birth on the isle in 1992 to a daughter named Ola Liota. Ms. Weinbaum is currently preparing a thesis on Isla Mujeres for a doctorate. program with the University of Massachusetts. 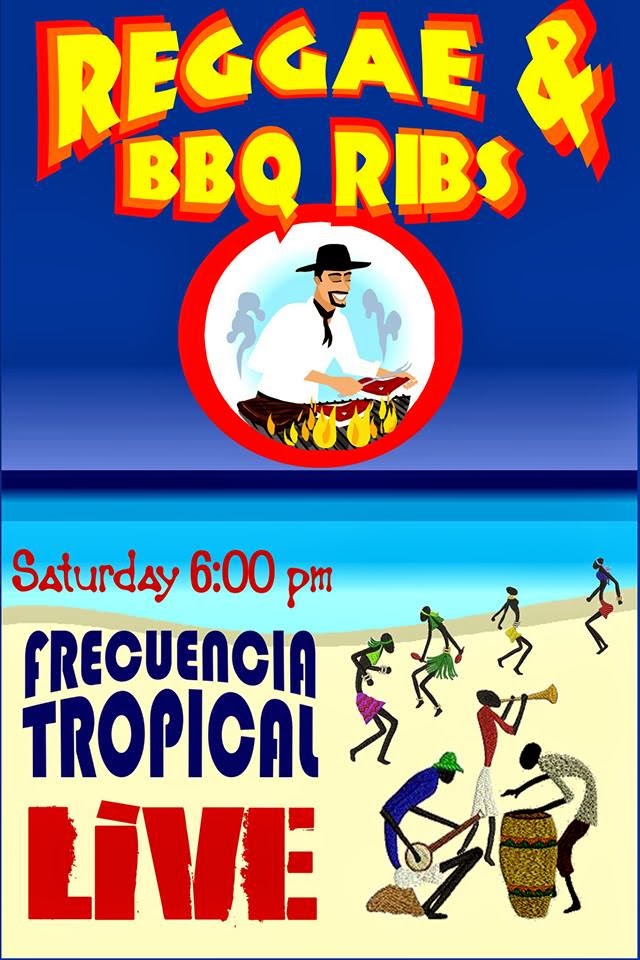 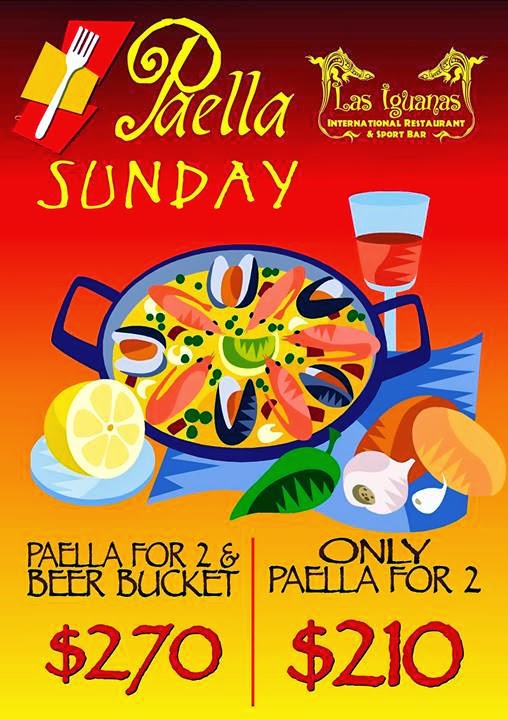