Preparing with all their talent: Aspiring Kings & Queens of Carnaval

Lanrry PARRA
ISLA MUJERES, 9 de febrero.-
Leer más...
This has the same info that was previously translated about the couple competing for King & Queen of the troup Aplausos, against another couple. Carnaval is February 27 to March 4 and the competition will take place at the town square on February 15th at 9pm. 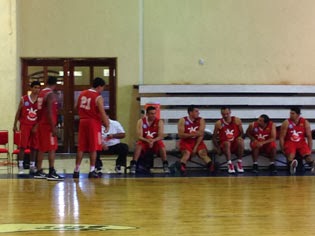 Lanrry PARRA
ISLA MUJERES, 9 de febrero.-
Leer más...
This was their third defeat in the State Major basketball league. The last two occured against the Dorados of Playa del Carmen, today and yesterday at the Convention Center in Isla Mujeres. The team was playing incomplete, lacking Isaac Cardoz and Manuel Caballero yesterday, and today they were missing Mark Preciado and Manuel Caballero, and lost both games. 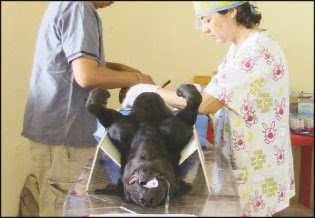 Lanrry PARRA
ISLA MUJERES, 9 de febrero.-
Leer más...
With invaluable and selfless participation by hoteliers and restauranteurs, and enthusiastic help from volunteers, the sterilization clinic held by the City was a success. They sterilized about sixty five pets, and the next one is scheduled to occur in about two months, with details to be announced. 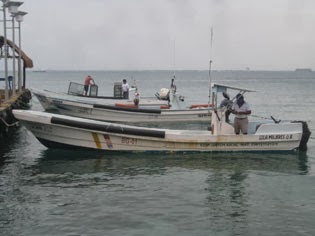 The ban on fishing for grouper is from February 15 to March 15, to help them repopulate, and the fishermen must stop catching lobster at the end of February. This seriously affects production between March 1 and March 15th, and impacts about 300 fishermen, of whom only the ~60 from Patria & Progreso have the option of capturing commercial species to generate income. This is because they are the only cooperative involved in the capture of shark. The other four cooperatives are engaged in the capture lobster and fish with scales. During this difficult period of March 1-15, the fishermen must go out and capture other species that people are known to purchase, and that they can bring home for their families to consume. 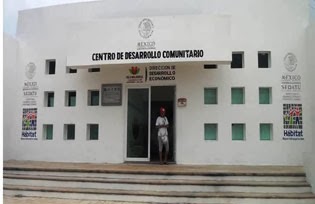 Lanrry PARRA
ISLA MUJERES, 8 de febrero.-
Leer más...
Registration will close on Friday, February 14 for six courses being offered by CECATY, in coordination with the Department of Economic Development, for the benefit of the hundreds of workers in hotels and restaurants. The six courses are Tourism Service and Sales, Computer Basics, Care of Diners, Housekeeping Supervision, Beverage Preparation, and Basic English. Registration has been open since January 29th. The classes must have a minimum of 30 registrants in order to be held, and the fee is 270 pesos per course. A Certificate will be issued by the Ministry of Public Education (SEP). The duration of each course is 40 hours and they are held between the hours of 5pm and 9pm

Presentation of three projects to protect the environment

It is noted that most tourists visiting for spring break do not stay overnight in Isla Mujeres, because the island is a destination known for peace and quiet, and not for its nightlife. These tourists usually visit for the day. They benefit the businesses, and it is noted that tourism service providers are operating at 60 percent. The majority of tourists are from the United States and Canada. The tourism service providers say the increased numbers of vendors on the beach are a nuisance.

The first game of the state baseball league Roberto Borge was played yesterday, as part of a three game series, where the winners must win two games. It was played between the Ejidatarios de Bonfil vs the Pescadores de Isla Mujeres. at the field of "Pescadores". In the end, the Isla Mujeres Pescadores lost six to three. More details are given in the article.
Leer más...
Share
Reports of slow lobster season

The season closes in about 20 days, at the end of the month, and has been rated as "fair to good" by workers in the industry. One factor has been the northern fronts which kept the fishermen in port at times. Another factor is that they have not been catching large numbers of the crustacean.
.

Representatives of CANIRAC and of the Tourism Advisory Council presented seven points to the municipal authorities that they would like executed by the next Director of Tourism, which include the need to enhance promotion and update regulations. Representatives are Baltazar Maldonado, president of the Chamber of the Restaurant Industry ( Canirac ) and Gerardo Magaña , president of the Tourism Advisory Council. The seven points are:  updating the Tourist Assistance Regulations, implementing an immediate plan to promote the destination; diversification of cultural tourism; arrive at a settlement with the Attorney General of Quintana Roo to have bilingual agents in the Public Ministry of Common Law provide better care for visitors with cases of theft, improved attention to the business sector , promotion of Isla Mujeres in new market niches , and contar con herramientas de medición del hospedaje. Literally...count the lodging centers with measurement tools. Maybe this means conducting a census. Although it was not mentioned, the problem of noise pollution near hotels would also be an issue they want the new director to address.
The business community would also like the return of the PROFECO module, tourist police, and regulation of summer house rentals, among other issues. They are in favor of Jacinto Rios Najera as the new director. It is said that a  social group will present another candidate for the position on Monday, according to unofficial information.

Good response to sterilization campaign for dogs and cats

They are soccer players in the under 17 category, who have qualified for the semifinal, and their team's name is "Premier Isla Mujeres". It is noted the game needs more promotion because there were only about two dozen people in the stands, and the goal nets have worn out already and are in need of replacement. Some players say the synthetic turf needs maintenance. They are hoping to come up with the 2000 pesos necessary to register for the tournament, which must be submitted by Wednesday. They beat the team "Toluca" of Cancun with a score of 4-3, with Josue Tep scoring all four goals.

Thursday morning is the Navy Wives Breakfast (benefit's the hospital)