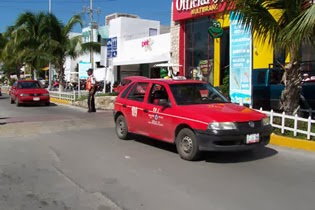 Lanrry PARRA
ISLA MUJERES, 9 de diciembre.-
Leer más...
The current leader of the taxi union, Eduardo Rodriguez Peniche is seeking reelection for a fourth term, and the election will take place Saturday, December 14. The election should be transparent and clean, with the winner being the one for whom everyone raised their hands. There are three aspirants for the position who are asking for a different election process with debates and a nomination, because they no longer want Peniche Rodriguez as leader. They say according to the bylaws, Peniche Rodriguez should not run for reelection, but is forcing the reelection for the third time in order to have a fourth term.

Invitation to new Christmas event: Of "ramas" and pinatas 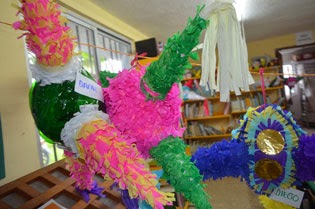 Lanrry PARRA
ISLA MUJERES, 9 de diciembre..
Leer más...
To rescue traditions of Isla Mujeres, the City will be sponsoring contests "Ramas" and "Pinatas", and people can register until December 18th at the tourist center at the Mundaca Hacienda (and at the Community Center on the mainland).  Judging for the Rama contest will be based on utilization of materials, presentation, originality, creativity, color, consistency with tradition,  and musical montage. Groups can participate with a minimum of five people and a maximum of 20 people. The competition will take place in a pre Christmas festival with the time and date to be announced. The first prize winners will receive 2500 pesos, second will get 1500 pesos, the third place will get 1000 pesos. For the Pinata contest, judging will be based on use of materials, presentation, originality creativity, coor, technique, finishing, and design.
Couple accused of fraud: Hotel debt of 20,000 pesos 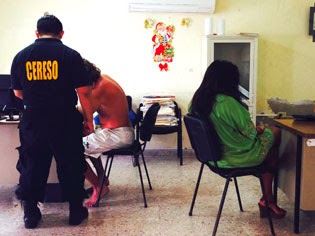 Lanrry PARRA
ISLA MUJERES, 9 de diciembre.-
Leer más...
Jeef Huntz Kaiser Feay and Amalia de los Angeles Ara Baños were accused of defrauding Hotel-Restaurant Rolandis of ~20,000 pesos on November 28, although they were arrested at the hotel Nah Balam for disturbing the peace and other administrative offenses. The couple had stayed at Rolandi's for four nights and drank and ate to accumulate charges of 19,335 pesos, and a complaint was filed. The State Police Commandante, Arturo Enrique Medina Parra, explained they had numerous cards from another country, but they are not considered card cloners. They have identified themselves as Mexicans. Because they are not cloners, the woman will be free, having completed her sanction for the administrative offense, but the male will be moved to Cancun, where there is a similar charge against him.

Catholics honor the Virgin of Immaculate Conception with an emotional procession 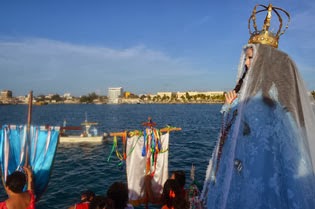 Lanrry PARRA
ISLA MUJERES, 9 de diciembre.-
Leer más...
The oldest and most important festival of the Island came to a conclusion Sunday, with the celebrations honoring the Virgin of Immaculate Conception, a religious image brought to the island 102 years ago. She is considered the Patroness of the Island, and a protector of the fishermen. These processions through the streets, and the procession out onto the Bay, make this a unique event, and an iconic tradition. The image is lovingly known as "Conchita", and the current administration is supportive to the expression of these important traditions. The City hosted a traditional dance and celebration on Saturday evening, with regional dances, which included the rhythms of jaranas, which were enjoyed by Isla families.

Conflicts continue between the cabbies of Isla Mujeres and Cancun

Cancun taxi drivers are opposing the taxi stand that was installed to carry people into the Continental zone of Isla Mujeres, and there are questions of legality and authority that will involve officials in Benito Juarez. There are disagreements about who is allowed to transport inhabitants of the continental area of Isla Mujeres (and the details are unclear to me.)

Lunes 09 de Diciembre de 2013 14:59 Jesús Molina DIARIO RESPUESTA
.There are complaints from residents about drinking and littering on the Posada beach on Saturday and Sunday nights, says El señor Martín Vásquez who leaves nearby on Avenue Juarez, and spoke to the reporter. He complained about young people who drink on the beach on weekend nights, saying the beach looks like a bar and stinks of urine and beer, as though they do not know that we live on tourism.
Leer más...
Share
Decorating the City streets for the Christmas holidays 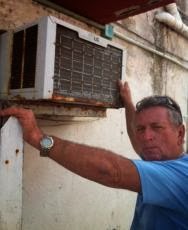 The Police Commander says the  nationality of the accuesed man,Jeff Huntz Kaiser Peay, has not been confirmed. (PE is calling him a foreigner, while DQR reported that he claims to be Mexican.)  He was in possession of various bank cards, cards to local hotels, voter ID's, and other ID's of three women.  On Sunday, at 4pm staff of hotel Rolandi's reported seeing him at hotel NaBalam on Playa Norte, after several days had passed without him paying his bill from two weeks ago.
The Police came and detained him on administrative offenses, and then information became known from hotel Alux. Upon investigation, the Attorney General of Quintana Roo, found a record of an investigation against him for fraud in Northern Q Roo, and a complaint against him by a Cancun company, "Agua".  It is predicted that he may spend "Buen tiempo in la carcel" for crimes of theft, and they are looking into whether there are more cases involving him here and abroad.

Bureaucrats to receive their aguinaldo bonuses tomorrow
Burócratas recibirán mañana su aguinaldo [+] Ver mas
The 700 wokers will begin receiving their benefits on Wednesday, after delays in November. The benefits will include their 9 days of vacation pay, year end bonuses, the first part of their annual aguinaldo bonus,  and their savings benefits. The government will spend ~15 million pesos on this, and although some of the payments were due in November, there are no legal irregularities because the City is meeting the year end deadlines, and aguinaldo requirements. The second half of the aguinaldo will be paid during the first fifteen days of January. Recently there was a 'prickly encounter' between the City union leader, María Ceh, and the head of Human Resources,,Julián Rivero,  according to witnesses who say she slammed the door and ran down the stairs in anger when she left his office.

MaraVilla Caribe has the smaller studio available the 15th-21st at a special price of $40/nt.

A larger studio is available now, until Dec 29th as a special price of $300/wk.

Festivities for the Patron Saint, The Virgin of Immaculate Conception are Nov. 28-Dec 8
The religious image was moved here from the Boca Iglesia Church to Isla Mujeres, where she has been honored annually for 102 years. HERE is an article about the Festiv
Dec 4 Wednesday 6p Confirmation Mass at Catholic Church on Town Square
Dec 5 Thursday  4-7 Artist Fair Town Square (First Thursday of Each Month)
Dec 6 Friday  Security Operation Guadalupe-Reyes begins
Dec 7 Saturday 7p Procession of the Virgin through the colonias
~10p Singing Las Manitas, Mass Catholic Church on Town Square
Dec 8 Sunday 3p Procession from Church on Square to Bay, for procession on Bay with three large boats provided for parishioners. Followed by Grand Kermes, and returning of icon to her niche. Celebration of 50th anniversary of priesthood for Father Martinez.
Dec 12 Dia de Guadalupe, Patron Saint of Mexico. Festival at Chapel in Salina Chica
They have been setting up the circular stadium, along the Caribe road down south, which usually means a 'bullfight' with little people and heifers, where no one is harmed. There could be trained monkeys riding dogs, or circus animals, rides for the kids, and vendors.
Start of Guadalupe-Reyes Holiday period, which ends January 6th.
The Posadas are nine days before Christmas eve, when there are reenactments in neighborhoods (and a play on the town square) of Mary & Joseph being turned away, until they are accepted at one house, and there is a neighborhood party there.
During the posadas, there is usually a dance on the town square, featuring dances & costumes from different regions of Mexico


Donate some shoes? You can drop them off at Barlitos! If you aren't coming before this event, your donations of shoes or money are always welcome and needed!

December is here, and we are collecting shoes and donations for our annual Christmas Party and shoe delivery.  Last year every child that came for shoes walked away with a new pair for Christmas!
This is the one time of year we only collect new shoes in order to make each child feel extra special.
Not only do we distribute shoes, but we join with the local community to provide a meal and a small gift. It is a special event, as for some of the children, it will be their only Christmas gift. They are already looking forward to it on December 24th.
If you would like to donate shoes, please contact Greg Snider at: bullridersnider@yahoo.com
If you would like to contribute monies so we can purchase shoes, food, or small toys, please also contact Greg at the email address above or go to our website for Pay Pal http://www.islazapatos.blogspot.mx/   We will happily send you photos of the children who receive your gifts.   Greg and Natalie
~~~~~~~~~~~~~~~~~~~~~~~~~~~~~~~~~~~~
Charity Info

Cruz Roja Isla Mujeres today! So glad we could help!!!!

I've decided to call the snowman 'Jose the Snowman' and we will follow his travels to Isla Mujeres, will he make it?!??! Will post an update soon...stay tuned! p.s. love Jose the Snowman!!! hahaha