Martes 17 de Diciembre de 2013 14:19 Jesús Molina DIARIO RESPUESTA
The rain from Cold Front #19 caused a lack of business from an early hour, and this weather was likely to continue for the next 24 hours due to an interaction of this front with another less stable air mass over the Caribbean. The port has remained open for small boats to navigate, but they are advised to watch for weather bulletins. (Por Esto says the port was closed, and there have been big waves offshore) The boat tours were cancelled due to the heavy rains and lack of tourists.
Leer más...
Share
Fishermen hurt by low catches of lobster

Martes 17 de Diciembre de 2013 14:19 Jesús Molina DIARIO RESPUESTA  The weather is preventing lobster fishing, production has been low, and local demand for their product has been low. There are about 300 families whose workers are members of the five fishing cooperatives whose budgets are affected, and they are hoping the government will consider their situation and offer some sort of assistance.
Leer más...
Share 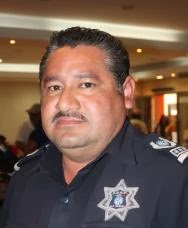 These security operations will continue through January 7th, said the head of Public Security and transit. During the press conference at the Public Ministry, a group of foreigners arrived to discuss a wave of burglaries. There is an unofficial estimate that they are already 20% of the population. (That would mean there are over 3000 foreign residents on the island. I would guess that less than 5% of the island population carries foreign resident visas, but I don't know. Five percent would be over 800 people, assuming there are over 16,000 people on the island.) 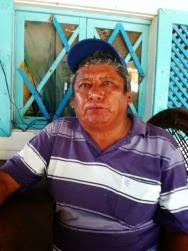 There are plans to resume holding the annual municipal version of the Festival of Caribbean Culture in 2014, perhaps in May. That would be the eighth municipal Caribbean Culture Festival, and potential guests include musicians from Cuba, Dominican Republic, Venezuela, and Brazil, among other countries, and there is always good representation from Mexico. Promoters of the municipal festival include Rafael Burgos, Miguel Povedano, and Basto Chacon.

Businesses in the municipal mercado are losing business to vendors who bring in fruit and vegetables from Cancun, which are said to be 'surplus goods' and sold very cheaply. Their meeting with the Mayor is being rescheduled and they also want to talk about the need for better promotion and signage, as well as maintenance of the parking lot, painting of the building, and improving the image of the market. One vendor explained that they need to sell 2000 pesos worth daily to pay expenses and taxes, but sales are often between zero and 1500 pesos, leaving no margin for profit.

The effects of cold front number 19 brought tourism activity and fishing to a standstill, and the Port was closed to navigation by small vessels from an early hour. The head of Civil Protection, Huberto Rodriguez, reported the storm drain system, of approximately 2 kilometers, was working well at removing water from both downtown and the colonias, but it was recommended that people avoid leaving plastic bags in the streets, because they block the storm drains. As for the lakes, Salina Grande and  Salina Chicha, the water line has been kept some 15 centimeters below the average level, so they were prepared, but maintenance was given to one of the two pumps to respond without mishap to an emergency discharge, but it will have to rain more before they need to activate the pumps.
He said the potential flooding on Hidalgo is under control because of the pumps that move water from that area, but in the case of the main street Rueda Medina along the boardwalk, the high tide is hampering the drainage of the collected rain water, independently of the irregularities caused by the recent reconstruction of that street.
Meanwhile, the Navy reported the effects of the high winds of 37-46km/hr with gusts up to 56km/hr are causing waves of 2.4 to 3 meters, and navigation for vessels in general is not recommended, and regulatory warning and precautions are in effect. They also recommend caution against structures at risk of falling such as trees, billboards, cables, or other structures that could be unstable in high winds.
There was little commercial activity observed throughout the day, while the continuous rainfall kept tourists from leaving their hotels, but taxi drivers reported increased activity and their services were being used by   municipal workers, employees of private companies, people who were too cautious to ride their scooters, as well as the people in general. But, yes, there were some visitors in golf carts touring the island in the middle of this storm. No recreational (tour) boats arrived, but they will resume when the weather improves.

Festivities for the Patron Saint, The Virgin of Immaculate Conception are Nov. 28-Dec 8
The religious image was moved to Isla Mujeres from the Boca Iglesia Church, where she has been honored annually for 102 years. HERE is an article about the Festival
Dec 4 Wednesday 6p Confirmation Mass at Catholic Church on Town Square
Dec 5 Thursday  4-7 Artist Fair Town Square (First Thursday of Each Month)
Dec 6 Friday  Security Operation Guadalupe-Reyes begins
Dec 7 Saturday 7p Procession of the Virgin through the colonias
~10p Singing Las Manitas, Mass Catholic Church on Town Square
Dec 8 Sunday 3p Procession from Church on Square to Bay, for procession on Bay with three large boats provided for parishioners. Followed by Grand Kermes, and returning of icon to her niche. Celebration of 50th anniversary of priesthood for Father Martinez.
Dec 12 Dia de Guadalupe, Patron Saint of Mexico. Festival at Chapel in Salina Chica
They have been setting up the circular stadium, along the Caribe road down south, which usually means a 'bullfight' with little people and heifers, where no one is harmed. There could be trained monkeys riding dogs, or circus animals, rides for the kids, and vendors.
Start of Guadalupe-Reyes Holiday period, which ends January 6th.

Dec 14 Saturday 5:30-8:30 Casa Sirena Benefit for Brazos Abiertos
Dec 16 -24  The Posadas
The Posadas are nine days before Christmas eve, when there are reenactments in neighborhoods (and a play on the town square) of Mary & Joseph being turned away, until they are accepted at one house, and there is a neighborhood party there.
During the posadas, there is usually a dance on the town square, featuring dances & costumes from different regions of Mexico
Dec 14 Saturday Caribbean Cultural Festival 8pm Town Square (Cuban band)
Dec 17 Tuesday 4-6  Brisas Grill  Benefit for Keys4Life
Rescheduled for tomorrow

Dec 24  Noche Buena  Zapatos por los ninos party
Dec 25  Christmas
Dec 31 New Years Eve celebration on Town Square (Usually fireworks & dancing to live music until dawn. Reserved tables are sold by Tourism Department.)
~~~~~~~~~~~~~~~~~~~~~~~~~~~~~~~~~~~~
Charity Info
Donate some shoes? You can drop them off at Barlitos! If you aren't coming before this event, your donations of shoes or money are always welcome and needed!
ZAPATOS PARA LOS NINOS   Shoes for the Children Annual Christmas Party and Shoe Drive
December is here, and we are collecting shoes and donations for our annual Christmas Party and shoe delivery.  Last year every child that came for shoes walked away with a new pair for Christmas!
This is the one time of year we only collect new shoes in order to make each child feel extra special.
Not only do we distribute shoes, but we join with the local community to provide a meal and a small gift. It is a special event, as for some of the children, it will be their only Christmas gift. They are already looking forward to it on December 24th.
If you would like to donate shoes, please contact Greg Snider at: bullridersnider@yahoo.com
If you would like to contribute monies so we can purchase shoes, food, or small toys, please also contact Greg at the email address above or go to our website for Pay Pal http://www.islazapatos.blogspot.mx/   We will happily send you photos of the children who receive your gifts.   Greg and Natalie

Keys 4 Life  Benefit Event: Tuesday, Dec 17 Brisas Grill 4pm RESCHEDULED FOR TOMORROW A Christmas concert called "Secret Santa Christmas Celebration." by Ken Wanovich with buffet, beverage, & gift CD. $20 or 250p (link for tickets). Profits will be spent on toys, and Ken explains, "The concept is that we are the Secret Santa, giving gifts to the children through the parents, who cannot afford gifts for their own families." Ken Wanovich Posted a new song: "Give It Away" http://t.co/kevoDDRftu ‪#‎music‬ 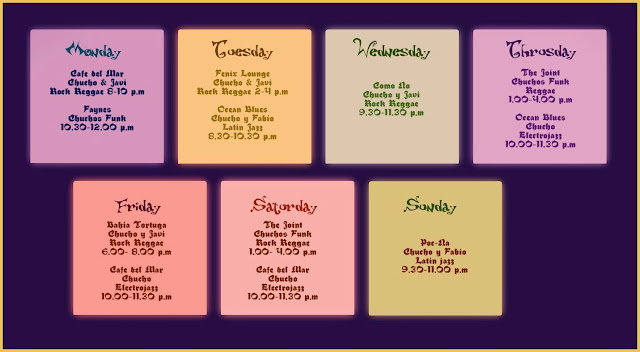 Oh, how hard it is to speak Spanish! by
Inténtalo Carito·with subtitles

(Lotsa people making comfort food in their slow cookers yesterday, also, including us)


The Benefit tonight at Brisas Grill is POSTPONED to tomorrow at 4:00pm:

Note from Ken: After consulting with the elder board of Elves and Mrs. Clause, we are postponing the Secret Santa Christmas Celebration until tomorrow, Wednesday, December 18th, at 4pm. Radar is indicating that the heaviest rain will be arriving between 3-4pm. today, and it will be very difficult for transportation and parking with all the roads flooding. Please help spread the word. Thank you so much, and see you tomorrow!