Lanrry PARRA
ISLA MUJERES, 5 de diciembre.-
Leer más...
For the second consecutive day, the port remained closed for navigation by boats under forty feet, affecting hundreds of boats used for fishing and tourism, due to the effects of cold front #17, which brought heavy rains for most of yesterday. The rains caused some flooding on Hidalgo avenue, and personnel of the municipal Civil Protection agency responded and worked toward getting the flooded areas to drain as quickly as possible.

Lanrry PARRA
ISLA MUJERES, 5 de diciembre.-
Leer más...
Last night, the students of Cesar Mendoza Santana grade school participated in a contest of decorating their classrooms, and the school Director, Cristina Medina Figueroa, said the purpose of events like this are to keep local customs and traditions alive among the children and youths of Isla Mujeres. The sixth grade classroom "B" won the competition, which was supported by parents and teachers. The City Secretary General, Juan Carrillo Soberanis, attended and acted as judge, with the municipal Director of Sports, Enrique Pena Barros.

Everything is ready for the blessing of the Holy Door

Lanrry PARRA
ISLA MUJERES, 5 de diciembre.-
Leer más...
This information has already been translated regarding the blessing which will occur on Sunday after the confirmations, while the opening will occur on Tuesday, of the door at the Church of Immaculate Conception, which is being renovated, including metal plates depicting local religious, historical events, for its new designation as a "Holy Door."
~~~~~~~~~~~~~~~~~~~~~~~~~~~~~


Dispute over Federal Zone
Piden abrir cerco a zona federal. [+] Ver mas
Former mayor Jorge Cardenas Bazan and businessman Carlos Cervera have a disagreement over their North Beach concessions, in the Federal Zone, which has resulted in the construction of a fence by Sr. Cardenas,  affecting the passage of visitors thru the area. This area has been affected by erosion, and several months ago two palapas constructed by Carlos Cervera were vandalized and burned. Jorge Cardenas was mayor 1993-1996, and is president of the Red Cross in Isla Mujeres.


Expecting high occupancy rates
Confían lograr lleno al tope. [+] Ver mas
Hotels are receiving increasing numbers of reservations for the holiday season, and occupancy remained at 60 percent this weekend. There are more than 500 rental golf carts on the island, and those agencies are also reporting increasing levels of rentals and reservations.
Dive shops also report increasing bookings, from both visiting Mexican families and foreigners, who enjoy diving locations including The Cross of the Bay, MUSA, and swimming among the corals and fish of El Farito, Sac Bajo, and other underwater points of interest.
The municipal Director of Tourism, Gustavo Rodriguez Orozco, said positive occupancy rates and increasing numbers of visitors are a result of promotional campaigns.


A successful Food Fair was held at the dome of the middle school "Benito Juarez", offering information about preparing healthy foods and beverages, about avoiding diseases like diabetes and obesity, and about avoiding eating disorders. There was caloric information about traditional and popular foods, to help people make the best decisions about what foods to put in their bodies.
Another student group demonstrated the use of recycled materials for Christmas treats, and explained that plastic containers during the holidays create a high rate of pollution, due to the increased consumerism that occurs at this time. The students recommended giving up the consumption of sugary drinks in favor of natural healthy beverages, to have a healthy life. 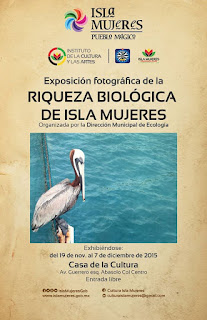 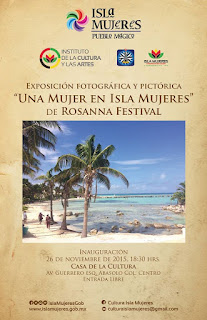 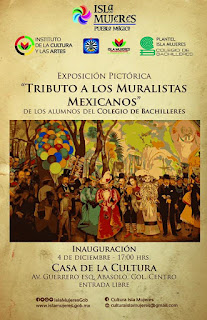 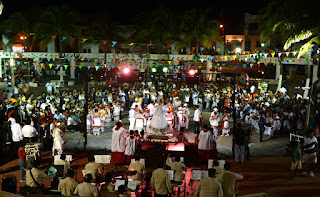 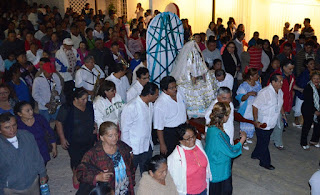