This is the Final Edition of this post with additional text marked by yellow bars.

The work of changing the pipes for water distribution nearing completion

Over 80 percent completed, and only about 500 meters remaining, for a total of 2515 meters

ISLA MUJERES, 2 de enero.- A work crew resumed work yesterday exchanging pipes for the potable water supply to the residential area of ​​Sac Bajo, which is due to be completed at the end of this month  They have about 500 meters left of the 2515 meter job. Above the pipe they put 4cm of packed stone material, which should be competed in about 15 days. Then it will take about two weeks for the City to pave the road.
Leer más...

Delay in the delivery of the maritime ambulance

ISLA MUJERES, 2 de enero.- Two months after there was an announcement that a maritime ambulance would be delivered to Isla Mujeres within days, the state health secretary, Rafael Delgado Alpuche, acknowledged there has been a delay by the supplier.  They are working it out and expect that by February the municipality will have this important transport service.
Leer más...

Hundreds of tourists are arriving on the ferries. The vehicle ferry from Punta Sam is the least expensive for the Mexican tourists at 35 pesos, and was running at 100% capacity so they added two more crossings, but it has decreased to ~90%.
Leer más...
Share

Yesterday morning the work resumed  of changing the pipes that supply  supply to the neighborhood Sac-Bajo..Aguakan took the day off on January first. Yesterday morning the reporter was given a tour of the work in question and found out that of the 2516 meters of pipe to be exchanged, they have finished 2000 meters, which  represents a completion of more than 80 percent.
Leer más...
Share

Jueves 03 de Enero de 2013 12:02 Jesús Molina DIARIO RESPUESTA
Advised fishermen to take extreme caution
The  harbor master of Isla Mujeres advised extra precautions to boaters, because this system is unstable due to a low pressure system with  masses of warm, moist air, and the remnants of the cold front number 18.Winds have been forecast, which may intensify this day, so he advises extreme precaution in maritime navigation., At the moment closure of the port (to smaller vessels) is not contemplated and they are only in monitoring these changes weather, and was announced the port captain Miguel Gil Ismael Gonzalez. (The winds became very calm last night, and this continues this morning. The ocean is very flat this morn.)   Leer más...

Excellent receipts for restaurateurs
Miércoles 02 de Enero de 2013 12:22 Jesús Molina DIARIO RESPUESTA
Restaurateurs reported excellent economic flow on the island, because after the year-end celebrations in some restaurants were working at 100 percent. Most of these restaurants were crowded.The president of the CANIRAC, Juan Carrillo Figueroa noted an increased number of visitors compared to 2011.
Leer más...
Share

Mayor proposes consolidation of projects in 2013As expected, the town square was full of locals and tourists who come together each year to celebrate with family and friends, the end of one year and the arrival of a new one which expected to bring benefits for all Islanders..

Ayer, 03:15 HrsThe Mayor is seeking to shorten the length of the project from nine months to six months or less (originally they said eleven months)..

ISLA MUJERES, January 2. - The commander of the State Judicial Police in Isla Mujeres, Arturo Medina Enrique Parra said that the investigation into the double homicide is continuing as before, based on  the account of a driver who was an eyewitness to the events. As for the statement that was published yesterday, by Eduardo Lopez Yedra, accused accomplice of Eduardo Reyes Padilla, purchasing manager of the  restaurant and  bar  "JAX Bar and Grill" and alleged murderer of two young Islanders, who (Yedra)  separated himself from responsibility for this double homicide, the official said it is not an official statement. Therefore they will continue with the same line of investigation as has been ongoing so far. He explained that in any case the remains open. .. Ver mas[+] See more
Checkpoints cause citizen annoyance

ISLA MUJERES, January 2. - While the checkpoints set up by the Department of Public Safety and Municipal Transit Isla Mujeres have worked, because during the year-end festivities  they reported "saldo blanco" with respect to motor vehicle accidents (Saldo Blanco is like a "Clean Bill"  and means no significant incidents occurred.), citizens are complaining that it is beginning to become a major nuisance for many islanders.  They think the police could have more consideration for the drivers of motorcycles, who sometimes express their discomfort because they have been stopped several times, when going through the same checkpoint repeatedly. In this sense, the community of Isla Mujeres in general noted that although the placement of established vehicle checkpoints benefits all residents  .. [+] See more

ISLA MUJERES, January 2. - Despite the changing weather which  paralyzed the activities of the fishing industry in Isla Mujeres, this weather has brought increasing numbers of lobster available for catching, because the crustaceans were forced to change their migration route closer to  the coast of the island. This gives the fishermen the opportunity to gain some significant catches. But this opportunity may be thwarted if poachers continue disregarding the bans imposed by federal authorities, said the president of cooperative "For Social Justice", Baltazar Gomez Catzin. In this regard, he said that currently Isla Mujeres fishermen have been benefiting from  the lobster landfall that has occurred due to the changes in weather, a situation that probably will not last . Ver mas. [+] See more
Increased tourist arrivals

ISLA MUJERES, January 2. - The arrival of domestic and foreign tourists to  Isla Mujeres continues, which has hotel occupancy level to reach 87 percentage points, although 90% was anticipated. There has there has been a large influx of visitors, but most of them prefer to spend a few hours. This situation  has led  to less economic benefit for many tourism service providers than was expected in this winter holiday season, which is nearing completion for the Mexicans, because many students return to school on   January 7, 2013. In this sense, tourism service providers of Isla M.... [+] Ver mas[+] See more

Fine dining a few steps away at Da Luisa or try the traditional neighborhood eateries a couple blocks farther. Stroll five minutes down the coastal sidewalk to Mango Cafe or Monchi's,shop at Chedraui or visit restaurants, bars, & beach clubs; minutes away by bike or on foot. Our guests recommend the Yoga classes a couple villas away at hotelito Casa Ixchel. Fresh juice, produce & tortillas a few blocks away in the village, as well as a pharmacy and variety of other stores and small local restaurants.

Jack and Jill are back, Sundays and Mondays 7 - 9 pm on the roof at ComoNo!!

Thank you Jackie Conlon for coming to Barlito for lunch & taking such a great photo!

Michael's message to me this morning via youtube...made my day. For eleven years we have dedicated our life to JAX and are doing our best to continue. We thank you so much for your support. If we hear anything today, you will be the first to know.

No meeting today - offices still not open...whatever. In the meantime, if there is anyone on the island now that is flying back non-stop to Dallas on AA anytime soon, can you send us a message here or email us at jaxbar@hotmail.com. As always, thank you.

The Sports Department begins the year with big projects

Sunrise this morn from MVC B&B 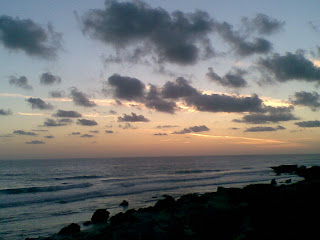 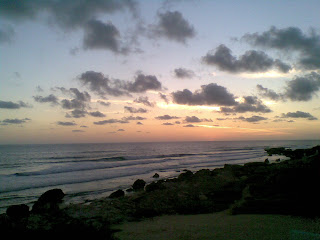 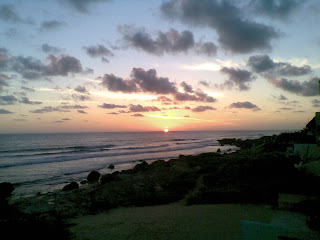 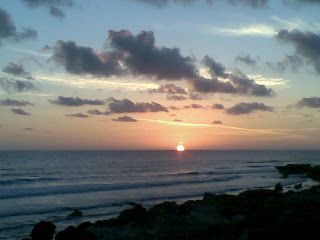 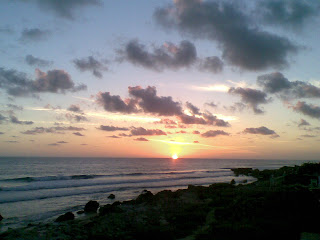