Isla Mujeres continues to report at total of 226 cases with 20 deaths and now there are 192 recovered. On the national map for 12/10, the municipality reports 161 suspicious and 125 negatives. The geoportal for 12/10 reports 1 active case in colonia Canotal. 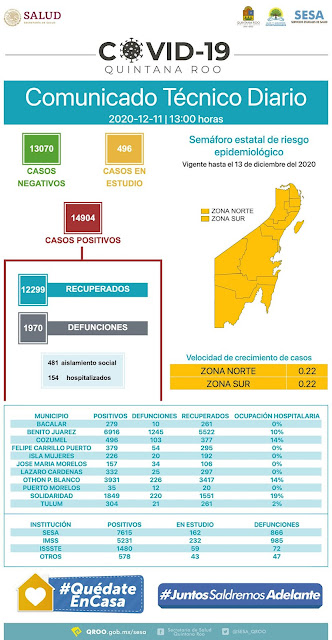 Tonight is "Noche Guadalupana", the start of the Lupe-Reyes holiday season which normally includes pilgrims, posadas, pastorelas, pinatas, buñuelos, toys in your shoes & tiny dolls baked into your Rosca. Confused? Read on....

Normally, the "Guadalupe-Reyes" holiday season begins tonight, "Noche Guadalupana", except this year islanders won't gather to sing the birthday song "Las Mañanitas" to Mexico's patron saint, the Virgin of Guadalupe, at her chapel in colonia Salina Chica. It is traditional for Catholics to honor La Virgen Morena with pilgrimages & processions, sometimes carrying icons and photos of her to be blessed, traveling long distances on foot or by bicycle. Photos #1 & 2 are from different years, of pilgrims who passed by our house on the island. Normally, local children dress as Juan Diego and in traditional clothing on Dec. 12th to walk to the downtown church where they receive a blessing (#3). This year the traditional run around the island is suspended, but masses will be held at reduced capacities. It's customary to eat buñuelos on this holiday & the regional versions of this pastry are called buñuelos Campechanos & buñuelos Yucatecos. They're similar to donut holes.
Who's Juan Diego? Juan Diego Cuauhtlatoatzin and his wife were among the first indigenous people converted to Christianity by the Spanish. He was on his way to church on December 9th, 1531, when he had a vision of the Virgin Mary, who spoke to him in his native language, saying he should tell the bishop to build a shrine to her on the hill. The bishop didn't believe him & wanted proof. On December 12th, while seeking a priest to administer last rites to his uncle, Juan Diego was again visited by Mary who told him his uncle would recover & to gather roses (in winter) to take to the bishop as a sign. When he opened his cloak for the bishop, dozens of roses fell out and an image of Mary was imprinted on the inside. The Basilica was built, where the cloak is viewed by about 20 million visitors yearly.
The fiestas navideñas / decembrinas (Christmas holidays) include posadas, pastorelas and piñatas. "Posada" means inn and refers to Mary & Joseph seeking a room & ending up in a stable. In modern times, the participants end up at a celebration, and the parties normally sponsored by the government or businesses for their employees are called posadas. Las Posadas also refers to the time when these are held, the nine days from December 16-24. "Pastorelas" are theatrical performances, usually by children, of the announcement of Christ's birth to the shepherds. The Posadas conclude on Noche Buena, Christmas Eve, when families gather to share a meal, enjoy music, play games and break a pinata.
The holiday season concludes on Día de los Reyes Magos, January 6, when the children receive gifts, referencing the three Magi bringing gifts from the East. The night before, children leave out a pair of shoes, after having written a letter asking Melchor, Gaspar & Baltazar for gifts. The shoes may be accompanied by a little straw for the Kings' mounts (a horse, a camel & an elephant). It is traditional to share King's cake (Rosca de Reyes) with friends & coworkers, and those who find baby Jesus figures in their piece are obliged to supply tamales on February 2nd, Día de la Virgen de Candelaria (Candlemas/Epiphany).
Pilgrim photos by Bruce Roberts & the kids are by Tony Garcia, previous years. 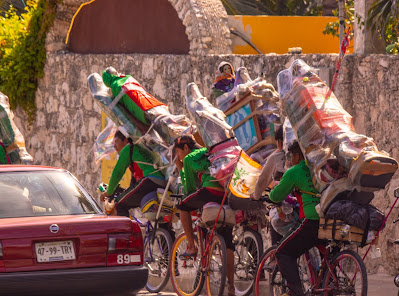 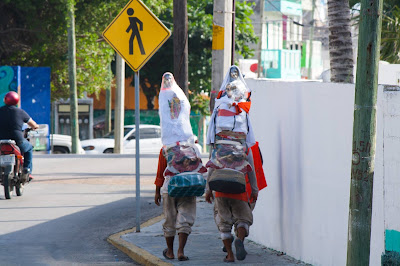 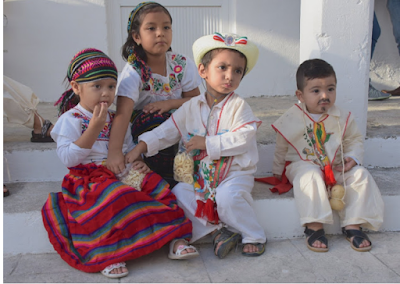 Father Raúl Sánchez Alonzo announced the cancellation of the annual procession and the race honoring Mexico's patron saint, the Virgin of Guadalupe, on December 12, due to the pandemic. Normally, on the night of the 11th hundreds of Catholics walk the streets of the island until they arrive at the Capilla de Guadalupe in colonia Salina Chica where they listen to a mass in her honor and sing las Mañanitas. Instead, the Guadalupe Chapel will be open throughout the day tomorrow so that people can visit and crowds will be avoided. The priest noted that with the epidemiological traffic light in Yellow, churches are allowed 60% capacity, therefore he will offer several masses on the 11th & 12th. He said this should avoid attracting crowds, without the need to transmit the services online, as was done for Día de los Muertos last month. 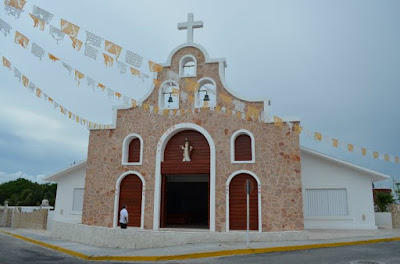 The "Blue Flag" certification of Playa Centro, North Beach and the Albatros Beach was renewed for the 2020-2021 period following a staff audit by the European Environmental Education Foundation. There were two days of thorough reviews of the beach and the water, which met the 33 criteria for water quality, environmental management, safety, services, and environmental information & education. The audits are conducted every six months. This is the fifth consecutive year that Playa Centro has held this designation and the second consecutive year for North Beach & Playa Albatros. 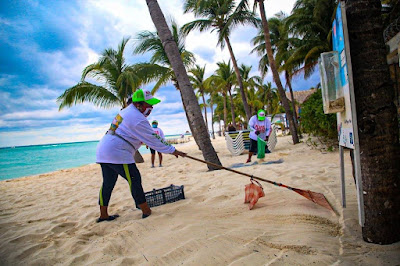 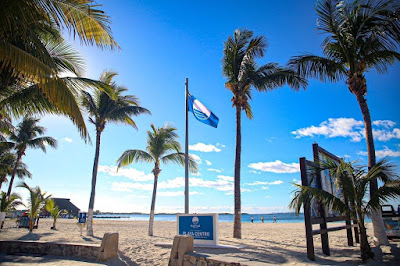 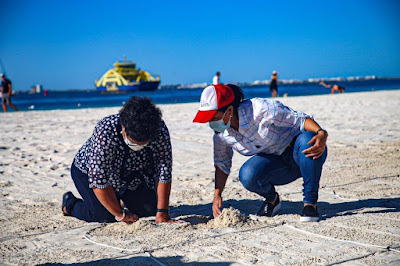 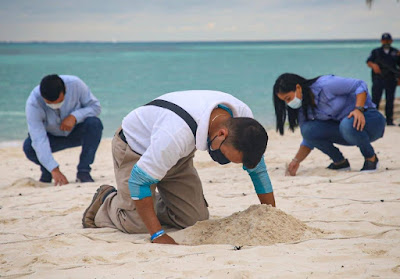 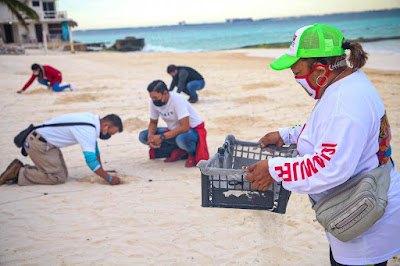 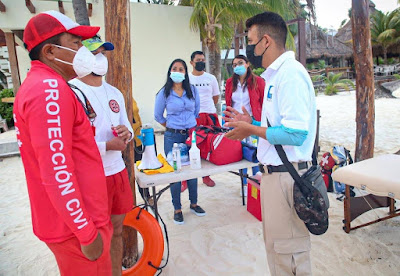 VIDEO of the Quintana Roo Police Orchestra performing on the ferry. During the intermission he wishes everyone a Merry Christmas & Happy New Year & reminds them to wear their face masks & maintain healthy distance.