ISLA MUJERES, 31 de enero.-
Leer más...Full article at this link
The Department of Tourism reported that maximum occupancy rates of 78% were registered in January. These high levels of hotel occupancy are a product of promotional efforts between the three levels of government, including the commitments of Mayor Juan Carrillo Soberanis to make this holiday destination more competitive and to maintain the interest of domestic and foreign tourists.The municipal government continues to work to maintain the image of Isla Mujeres as a clean and safe place for the tourists who visit us, in recognition of the willingness of hoteliers and providers of tourism services in general to contribute to this goal by working together every day, with  authorities, to be a world class tourist destination.
"Isla Mujeres is a world-class tourist destination, a favorite among national and foreign tourists who visit it looking for relaxation and fun, thanks to its incredible natural attractions and beaches of exceptional beauty. As a government, we work together with the three levels of government, committed to continuing to promote our destination and continuing to have more tourists arriving, which undoubtedly benefits all sectors of society," said municipal president, Juan Carrillo Soberanis.


There is a video featuring "Islander at heart" Manuel Antonio Garcia Delgado, better known as "Tony Garcia", an #isleñodecorazón since the age of seven.
Manuel Antonio Garcia Delgado, born on Isla Holbox, is a provider of tourism services, and an adopted islander since he was seven years old. He is also known as Capitán Tony Garcia. one of his passions is capturing the beauty that surrounds Isla Mujeres with his cameras. His photographs have been exhibited at important events on the island. Islanders at Heart
Él es Manuel Antonio García Delgado, mejor conocido como “Tony García”, un #IsleñodeCorazón desde los siete años.


Tony commented...My parents were born here on this island. My father grew up in Cozumel and my mother moved to Cozumel at the age of 20 years to work with family members and to get away from her stepmother who she wasn't getting along with well.  She met my father in Cozumel, where they were married. My father was working as the official lighthouse overseer for both lighthouses: Punta Molas and Celary at Isla Cozumel. Three children were born there, and then in 1956, they moved here to Punta Sur on Isla Mujeres, when there were only streets of sand and wooden houses downtown, and it was a real fisherman's village, who were involved in the capture of lobsters and turtles. They lived at Punta Sur for ten years, where six other siblings were born. In 1964, my father was transferred to Isla Holbox, and as the tenth and a big surprise for my parents,  I was born in 1965 in Holbox. When I was two years old, my dad was transferred to Isla Contoy, where I lived for almost five years, until I was almost seven years old when we moved back to Isla Mujeres to be able to go to school and have a higher education. Fortunately, it was a very incredible opportunity for my father to be on Isla Contoy where he was able to earn and save extra money from fishing for lobster which he sold to our maternal grandfather Don Heriberto Delgado de Tejada. In this way, we were finally able to have a home of our own and to go to school, which was an opportunity that many of my older brothers didn't have.

Complaints about problems with CFE (Federal Electrical Commission) automatic payment machine
http://www.tvislamujeres.com.mx/cfematicos-fuera-de-servic…/
There were complaints this weekend about failures with the two CFE payment machines which had system failures or weren't giving change. They complained that there was no one to report the problem to at the office, except the security guard.

Bringing order to the Maritime Terminal
http://www.tvislamujeres.com.mx/maten-orden-en-la-terminal…/
There was a meeting between the Director of Tourism, Jesus Castillo Magana with the head of the Taxi Union, Eduardo Peniche Rodriguez, so that the taxi drivers should stop working in front of the Maritime Terminal in Isla Mujeres. The Tourism Director is seeking to bring order and to avoid conflicts with the comisionistas and lancheros (Comisionistas sell tourism services for commission and the lancheros offer tours in their small boats).
They are trying to maintain order and control over these people who are the first contact that visitors have when they arrive at this vacation destination.  It is their intention that they should all 'live in peace' and each would respect the others designated areas of work. The officials also want the tourists who visit this vacation destination to have a good impression and the necessary information to know that we are a friendly destination.
The Por Esto article about this says the Director of Tourism asked the support of the head of the Taxi Union so that the cabbies sell their tours in the area of the union premises and don't have vehicles waiting outside the Terminal. It has been usual to see two or three taxis at the Terminal, and in addition to offering tours by taxi, taxistas were also earning commission from renting golf carts and selling boat tours.

Tuesday is the last day for the 15 percent discount on property tax payments
http://www.tvislamujeres.com.mx/hoy-martes-ultimo-dia-para…/

The City offered discounts on payment of property taxes of 25 percent in December, 15 percent in January, and 10 percent in February, which was especially successful in December, for a very good collection. Discounts were offered to catch up on debts on services and taxes in October and November, which was also successful.


Judge requires delivery of land contracts
Juez requiere entrega de contratos de tierras [+] Ver masFull article at this link
The contracts for the lots in Nueva Ciudad de Isla Mujeres on the mainland are still pending, and it is noted that if they are not delivered the case could be referred to the Tribunal Colegiado de Circuito Court.


Small boats in port
Júbilo por salir al mar. [+] Ver masFull article at this link
The fishermen and nautical tour providers with small boats could continue to be restricted to port by weather with winds causing waves and are advised to pay attention to advisories and forecasts.

Merchants on Hidalgo are complaining that sales are low in spite of a good presence of tourists. Employee Carlos May said the tourists are window shopping and purchasing inexpensive items. A merchant on Rueda Medina reported similar problems. Employee Karla M said they are waiting for Easter because the Mexican tourists buy many souvenirs for all their family and friends, although they often haggle and don't buy expensive items.


Small businesses losing little by little
Microempresarios pierden con incrementossie.. [+] Ver masFull article at this link
Some small business owners that sell groceries and snacks in the colonias are complaining about slow sales, and difficulties making a profit. 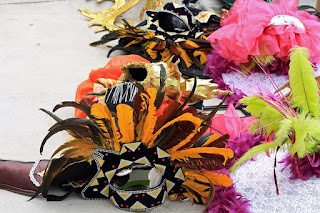