Working together with state government

Isla Mujeres Mayor, Juan Carrillo Soberanis, attended a presentation of the State Development Plan (PED) 2016-2022 headed by Governor Carlos Joaquin Gonzalez.  The Mayor said he is committed to working for the benefit of the islanders, and will collaborate in a coordinated manner with state and federal agencies, which contributes to a better Isla Mujeres. There are five main themes that make up the PED 2016-2022 to work for the development of municipalities of Quintana Roo. In the case of Isla Mujeres, this includes Economic Development and Diversification with Opportunities for All and Orderly Growth with Environmental Sustainability,which are issues of special concern in our municipality.


We are celebrating the National Day of the Mexican Air Force, to commemorate the importance and role of this group of professionals to the nation, who ensure the peace and safety of the inhabitants of the country.

The Pabellon Nacional Artesanal (National Handicrafts Fair) II will return
Feb. 11-16 on the Town Square 11am - 10pm
Featuring artists from all over Mexico selling crafts and art they made themselves.

Invitations to participate in Volleyball and Handball


With a hotel occupancy of 84%, entrepreneurs are concerned about the delay in completion of the underground electrical cable installation and the lack of an official announcement about the project by the CFE.
http://www.tvislamujeres.com.mx/empresarios-aseguran-que-l…/


Municipal President, Juan Carrillo Soberanis, said that the family is the pillar of the islander society, therefore, couples who are interested in formalizing their union are invited to do this on February 14 and 15 February via collective weddings , whose process will be completely free of charge.
http://www.tvislamujeres.com.mx/lanzan-convocatoria-para-l…/


The president of the Federation of Fishing Cooperatives in Quintana Roo, Baltazar Gomez Catzín said that he has been working on the necessary paperwork to access the Temporary Employment Program of the federal government for the fishermen beginning when the lobster fishing season closes on  February 28.
http://www.tvislamujeres.com.mx/pescadores-de-isla-mujeres…/


Sewage water spill
Brotan aguas negras ante el turismo[+] Ver masFull article at this link
When Aguakan was pumping sewage this morning on Zazil-Ha street, there was a spillage of several meters of the water into the sand at the base of the pier-bridge to  El Yunque isle, which was witnessed by tourists. The problem was quickly addressed when Aguakan employees came to repair the pump. Councilman for MORENA, Roberto Martinez offered to follow up on the problem, and he advocates for the review of Aguakan regarding high costs.


No complaints against the municipal Director of Income
No hay denuncias contra el director de Ingresos+] Ver masFull article at this link
Drivers of trucks transporting food and beverages have made allegations that fees being collected are not in compliance with Article 70, section VIII of the state Tax Code for municipalities. Municipal Comptroller Karla Cruz Diaz said there are currently no complaints against the municipal Director of Income, Wilfredo Avalos Cortez.
Regarding collections by SINTRA, the delegate for that agency, Jorge Miguel Martin Alvarez, said that each freight truck is charged three to five thousand pesos for their annual permit, in accordance with Article 32 of the Transit Law. He said this is the only fee SINTRA collects, and they have about 30 trucks registered who supply the island.


Sports news
Tuzos reciben al Atlante de la Premier Estatal Sub 11Ver masFull article at this link
On Saturday at 5pm the Isla Mujeres Tuzos will play the Atlante of Cancun in the Under 11 Premier state league (soccer) in Salina Chica. They have lost one game and won another.
Saturday night at 8pm the Cahuameros of Isla Mujeres Nueva Generacion will play the Dorados of Playa del Carmen, with the second match (basketball) on Sunday at 11am. Both games are expected to fill the Convention Center (here in Isla Mujeres). Playa del Carmen is in first place with only one loss and 19 wins, while Isla Mujeres is in second place with 14 wins and six losses.


Demanding recovery of the Posada Beach
Exigen recuperar Playa Posada del Mar [+] Ver masFull article at this link
Activist Ernesto Gomez Tuc went to jail in 2002 for protesting concrete construction on Playa Posada (aka Playa Centro). He says "We have waited long enough, through five municipal governments, and we have not seen Playa Posada del Mar made public as promised for more than a decade."
He says the concessions should be revoked from the politicians who hold them and the areas that were once public beaches should be returned to that usage.


Six hours without water in various colonias
Seis horas sin agua en varias colonias. [+] Ver masFull article at this link
There was a disruption in water service in several colonias which an Aguakan representative explained was caused by carelessness by a contractor who was hired to dig an absorption well. A crew of Aguakan workers intervened to repair the damage, and service was resumed at noon. The backhoe broke a pipeline which provides tap water service to la Gloria, Cañotal, Miraflores, the southern part of Isla Mujeres and the residential zone of  Sac Bajo.
The incident occurred by the Mundaca Hacienda, near the monument to Ramon Bravo, where work began to excavate an absorption well, to prevent flooding in the rainy seasons, according to a municipal worker. It took about four hours to repair the pipe. It appears that work has been suspended.


Fishermen seeking temporary employment
Pescadores en busca de empleo temporal+] Ver masFull article at this link
The fishermen who register and meet the requirements for this temporary employment program can receive about 7000 pesos during the ban on lobster season from March 1 to June 30. There are about 200 fishermen in Isla Mujeres who are members of the five fishing cooperatives, who must process paperwork to access this PROPESCA program. During the last closed lobster season, only about 80 fishermen benefited from this program.

Excessive invasion of public areas
Excesiva invasión de áreas públicas.. [+] Ver masFull article at this link
While the downtown roads are difficult due to the large number tourists visiting for the day, Madero street becomes nearly impassible due to chairs, blocks, debris, food vendors, and parked cars.
There are about 500 vehicles parked on the streets of  Rueda Medina, Juárez, Hidalgo, Guerrero, Allende, Madero, Abasolo, Matamoros López Mateos and Carlos Lazo, which contribute to the traffic congestion. If there were public parking, this congestion could be reduced. It has been proposed that the property where the old hospital is located could be used for parking.

No tolerance for police corruption
Baja a policías corruptos.. [+] Ver masFull article at this link
The Mayor, Juan Carrillo, said there will be no tolerance for corrupt police officers to stain the good image of this vacation destination. Regarding allegations that visitors were allegedly robbed by two officers, he said gave instructions to the Municipal Comptroller to investigate.
The Director of the Comptrollers office, Karla Cruz Diaz, said that the investigation began immediately and the firing of an officer is likely, who was recently hired. No further information was provided at this time. She said procedures are being conducted in accordance with the law in response to the complaint and will continue until it is concluded with a sanction and firing. This case is being given priority in accordance with the Mayor's instructions. She said, "This issue is a priority. We are a tourism destination and we must guarantee the security of islanders and visitors." 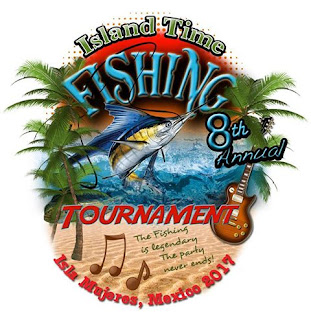