All of Quintana Roo remains in Yellow on the state Epidemiological light, with no change is status thru Sunday, September 26. 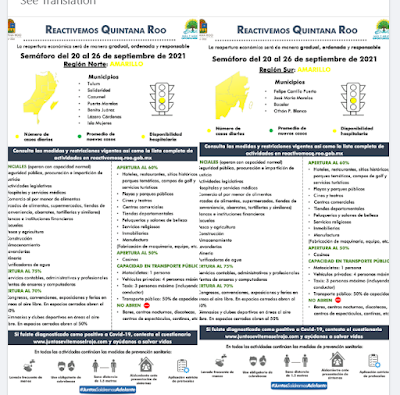 Thursday morning....That system in the tropical Atlantic is tracking away from our region, which is expected to develop into a Tropical Depression in the next couple of days.

The 4-day forecast includes the usual chance of occasional squalls and the green squiggles predict windiness for today & tomorrow. Tropical Wave #31 is expected to rain on the southern part of the Peninsula. 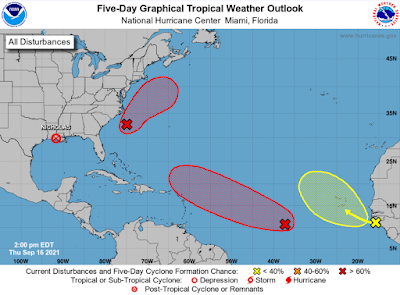 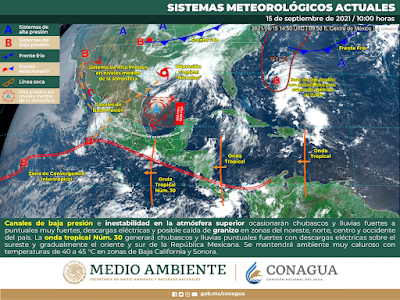 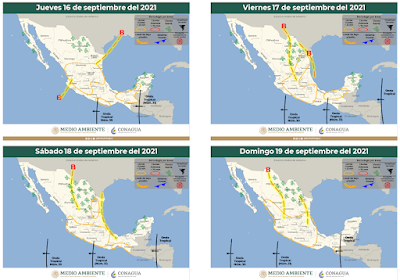 ¡Feliz Día de la Independencia!
For the second year, the "Grito" (Cry/Shout) of Independence was commemorated virtually from the main balcony of the Palacio Municipal (Town Hall). Accompanied by members of the City Council, military & civil authorities, and three young ladies representing Independence, Freedom, and Patria, the traditional speech was given by Juan Román Martín Pérez, in the office of the municipal presidency of Isla Mujeres. (The Mayor left to take office as a Federal legislator.)
With the traditional speech and the call-and-response of "¡Viva México!", the Father of Mexico, Miguel Hidalgo y Costilla was remembered, along with other heroes of liberty and patria: "la corregidora" Doña Josefa Ortiz de Domínguez, General Ignacio Allende, and Capitán Juan Aldama y Matamoros.
There will be no parade again this year, due to the pandemic. 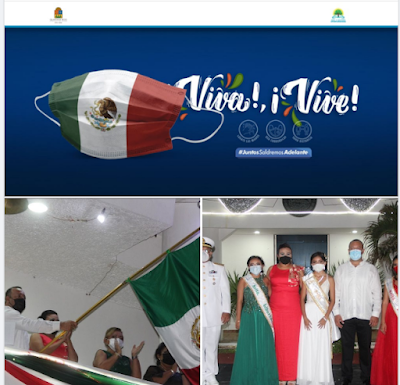 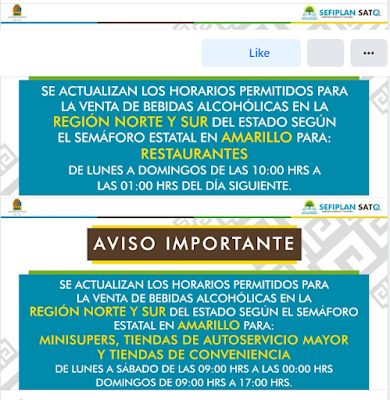 Sept. 13, Monday   The Mayor-elect of Isla Mujeres, Atenea Gómez Ricalde said that among her priorities are cleaning up the large amounts of garbage in the municipality and collaborating with the authorities on matters of security to return peace to the municipality. She will take office on September 30th.

She was interviewed at the state capital, at the Governor's fifth annual "Informe" report. She said that in the transfer-of-power (delivery-reception) that began last week, the municipality was found to be "in debt, abandoned and forgotten" but she said that everyone should/will work to take it forward. She said that in her government, no one will be "se solapará" (covered/protected) and the authorities will be in charge of judging and ruling on the actions of people who are denounced and responsible.  (Source-TV Isla Mujeres)

Monday, Sept. 13  The State Secretary of Health (SESA), Alejandra Aguirre, is waiting for a response from the federal government to the agency's request for 370,000 doses of C-19 vaccine. Once the vaccines arrive, the logistics for their administration will be carried out.

She noted that the state epidemiological light will be yellow for Sept. 13-19, when it continues to be important for everyone to respect hygiene measures, capacity limits and to reinforce the sanitary actions that protect us from the virus, in order to continue decreasing the number of infections. She advised the correct use of face masks, social distancing, and frequently washing your hands or disinfecting them with alcohol-gel.
Ms. Aguirre explained that individual activities have community repercussions, since when some people doesn't follow prevention measures, the risk of contagion increases, therefore she asked everyone to continue employing healthy habits. Moving towards the "New Normality" implies a great social commitment, so that we can continue doing our traditional activities, work and school, among others, but always with health protocols, she added.
She said that from January until 1pm on Sept. 10th, a total of 1,537,915 doses of C-19 were administered in Q. Roo. There were 35,302 doses given to health personnel, 202,238 to those 60 and older, 246,122 to those 50-59, and 347,718 to those 40-49 years old. They have given 302,876 doses to those 30-39, 363,607 to those 18-29 years old, 6105 to pregnant women, 30,256 to those in the educational system, and 3691 to staff with the vaccine brigades, volunteers and other groups.

Monday, Sept. 13  In less than a month, the Delta variant of Covid-19 went from second to first place for highest circulation in the state. It is currently causing 89% of the infections in Q Roo, displacing the Gamma variant which had been responsible for 40% of positive cases in the state.

According to the State Secretary of State, at the beginning of August, the Delta variant was detected in 30% of infections, while the Federal Secretary of Health reported that by Epidemiological Week 29, it represented 67% of infections and it's currently at 89%.
The World Health Organization (WHO) has said that the Delta variant is concerning because it is characterized by having greater transmissibility and it is affecting younger people. According to authorities, this occurs because the younger sector has not yet been integrated into the vaccination systems against C-19, and because they lack this defense, they are more vulnerable than those who have had one or two doses. (In our municipality, both doses have been provided for those 40+, and first doses have been administered to residents 18-39.)
The WHO and Pan American Health Organization (PAHO) advise that the same precautionary measures continue to work against the Delta variant, which include avoiding crowded places, maintaining distance from others and wearing a mask. They have also pointed out that although no vaccine offers 100% protection from all adverse effects or infections, so far, the vaccines are still showing high efficacy against the variant.
After Delta, the next most common variants in Q Roo are Gamma, Alpha, Iota and Mu, while Lamba hasn't been included so far, although it is present in other states of Mexico. (Source-Sipse) 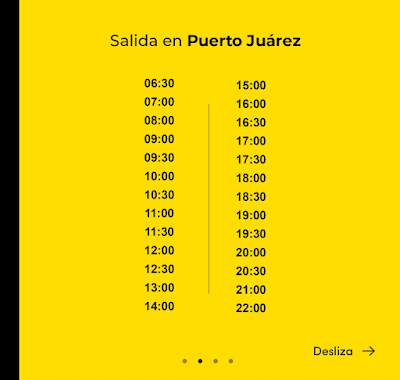 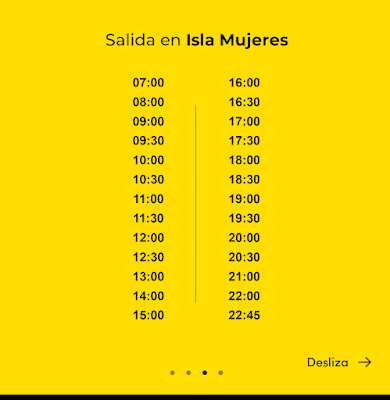 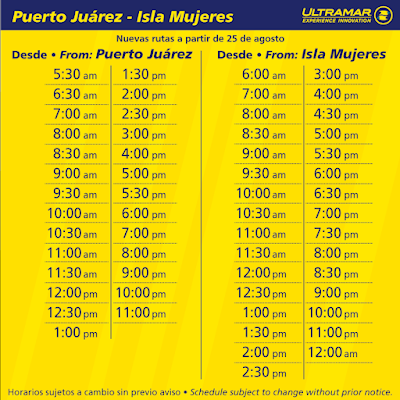