Pardon the gap in news....here's a bit of catching up.

As of Saturday, April 17, Isla Mujeres reports a total of 282 cases of C-19 with 25 deaths and 244 recovered.
The state geoportal for April 16 continues to report one active case in colonia 23 de noviembre. 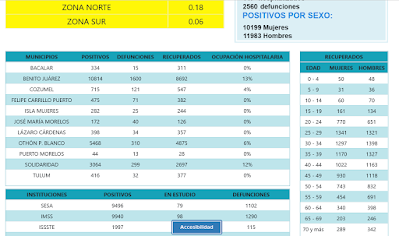 Saturday, April 17-- The Governor says administration of the second dose of C-19 vaccine to seniors will begin Monday, April 19, in six municipalities, including Isla Mujeres.

Thursday, April 15--The Governor says that both the northern and southern zones of the state remain in Yellow April 19-25. We have received more than 232 thousand international tourists which causes increased risks and a greater need to use good habits to take care of ourselves. We must keep our guards up! 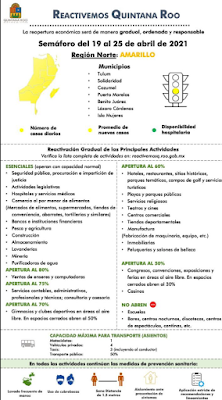 The municipal Facebook page and press releases were temporarily suspended as of April 4 in compliance with election laws. The election will take place on June 6th.

Wed. April 15--The MARKO C-19 testing trailer parked in front of Playa Centro was closed down by inspectors with SEFIPLAN/SATQ due to a lack of permission to operate documentation, according to Jesus Contreras, director of SATQ in Isla Mujeres.

Wed. April 7-- Unfortunately, a 10 year-old boy who did not know how to swim lost his life near the area of beach known as Playa Sol or Nauti Beach, despite being rescued by the lifeguards. He was from Leon Guanajuato.

Tues. April 6-- The first ferries weren't crossing that morning until they resumed normal operations when the first ferry arrived from Puerto Juarez at 8am. The news reports attributed the suspension to internal issues between the Ultramar company and its employees. 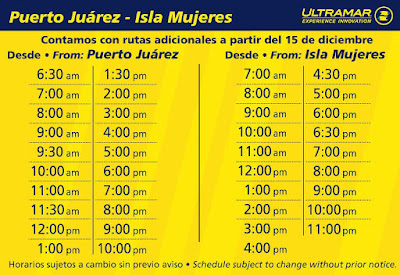 Wednesday, April 21 Lyrid Meteor Shower peaks, but there will be interference from the moon until it sets at 2:50am. The morning of the 23rd may be decent also, but the window is narrower between moon set at 3:50 and sunrise.