Mayor Juan Carrillo said that tourism will be increased by working with three levels of government and private initiative for the benefit of the economy of  islanders.

The municipal president, Juan Carrillo Soberanis, said it is important to work on boosting the tourism industry to improve the economy of the islanders, and for this reason, he said he works in a constant and coordinated manner with the three levels of government and private industry, in order to maintain the tourism industry as the engine of development and progress.       The Mayor said that tourism is the main source of employment in the municipality, with a considerable economic impact, so it is important to strengthen strategies to attract more visitors, and families to continue this benefit for a better quality of life.         He explained that just last year, this holiday destination received 2,070,164 visitors, which represents 16.39% increase over the number that were received in previous years. In the whole municipality, (island and mainland) there are 3428 hotel rooms, which will double to 7,027 rooms, with the opening of six new hotels, which speaks of the enormous tourist potential of this destination.           "We are constantly working together with the private individuals and with the Federal and State Governments so that more people will know about Isla Mujeres. "The economy of families is a priority for this administration and we will make all necessary efforts to improve our tourism industry, on which the economy of this municipality depends, " said Juan Carrillo Soberanis.

http://www.tvislamujeres.com.mx/inician-cahuameros-de-isla…/
The Isla Mujeres "Cahuameros Nueva Generación" were victorious this weekend, and are off on the right foot in the second round of the Quintana Roo Major Basketball League.  They beat Cancun's "Iguanas Verdes" at the Convention Center in Isla Mujeres in both games this weekend, with scores of 66 to 43 on Saturday and 82 to 51 on Sunday. Next weekend, there will be another home game, against the Jaguars of Tulum, which will begin the second series of the second round of the state basketball league.

Strong winds and port closures for small boats affect tour boats under 40 feet who are still operating at 50 percent. However their leader, Pedro Fuentes Ordonez those most affected are the boats offering tours to Isla Contoy, when the restrictions not only affect the small boats, but also the larger ones. He said although the situation is not the best, it was worse in previous years. He said, "However, thanks to the promotion of tourism that is being done, more people keep coming." He said they are hoping that conditions improve next month, but he also recalled that now the low seasons of previous years no longer exist.
http://www.tvislamujeres.com.mx/a-pesar-de-los-fuertes-vie…/


The President of the United States signed an executive order to remove his country from NAFTA
http://www.tvislamujeres.com.mx/trump-firma-el-retiro-de-e…/

Cold front restricts navigation
Navegación restringida por el frente fríoVer masFull article at this link
Jan 23  At 10:35 am on Monday, restrictions were imposed for navigation by small boats, due to the arrival of cold front #24 with north-northwestern winds of 35 to 45 km/hr with stronger gusts, according to Harbor Master Ismael Gonzalez Gil. The strength of the winds are expected to subside Monday evening and good weather is expected Tuesday morning, when full recreational, nautical activities should resume, including tours to Isla Contoy National park, sport fishing, and diving. (The ocean is very calm today, with sunny skies.)
Around 200 small fishing and tour boats had no activity on Monday, but some fishermen were able to catch fish early because at dawn there were minimal winds under 10 km/hr, which increased after 10am as the cold front intensified.

Lobster fishermen want price increase
Langosteros demandan mejor precio. [+] Ver masFull article at this link
Lobster tails are currently selling for 550 pesos/kilo, mostly, while some of the cooperatives and fishermen want this increased to 700 pesos a kilo, the intermediaries do not want an increase before the end of the season, which is Feb. 28th. They want the price of whole lobster to be increased from 300 pesos to 500 pesos per kilo. (That's ~$11 and ~$6.50lb) The fishermen say they have increased expenses since the cost of gasoline rose 20 percent, and due to higher prices associated with the exchange rate of the dollar.
The lobster catch so far this season has exceeded production last year. It is difficult to bargain with intermediaries when the exchange rate is above 22 pesos to the dollar. At Social Justicia, the cooperative is buying lobsters from the members at 520 pesos for tails and 300 pesos for live lobsters, but other cooperatives are often sell their products cheaper, which makes it impossible to negotiate successfully with the brokers.

See translation above in City section 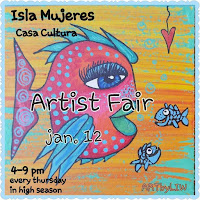 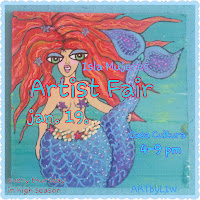