ISLA MUJERES, 16 de enero.-
Leer más..Full article at this link.
The Mayor, Juan Carrillo Soberanis, has worked during his first 100 days in office to make the streets more secure with improved public lighting, and he has begun to improve police training and equipment. During the first hundred days efforts were initiated to modernize the police vehicle fleet with two new patrol vehicles and three motorcycles, as well as computer equipment, weapons, and radio communication equipment, using resources from the Federal FORTASEG program. Officers will also receive more training to gain skills to do their job more effectively.
The City instituted a "Zero Alcohol" breathalyzer program which reduced the number of accidents by 60 percent, and has contributed to an increased awareness about the risk of driving under the influence of alcohol. Police were increased, including the ongoing patrol and surveillance operations to ensure the security of the citizenry.
During the holiday season, the three levels of government worked together, including the emergency services, to ensure the vacation period ended in a 'saldo blanco' (no incidents), protecting the lives of tourists and residents.
This administration has finished renovating more than three kilometers of public lighting along the eastern coastal highway, as well as repairing lights at various parks including Las Gaviotas, Las Hormiguitas, Las Fragatas, and along the walkways in Salina Grande and near Isla 33, and at the soccer fields and sports domes. Lighting has also been improved in the Continental Zone of the municipality, on the mainland.


Intense work by CFE to restore power after blackout

ISLA MUJERES, 16 de enero.-
Leer más..Full article at this link.
After working intensely, the CFE (Federal Electrical Commission) reported that service was 99 percent restored to the island. In a statement, they said that they mobilized more than 100 workers, seven emergency 'plants' (generators), and 30 vehicles.
They said the interruption in electrical service was due to a failure of one of the underground cables at the Bonampak substation, located in Cancun. The failure affected ~6550 customers (and their families and guests) on the island.
Contact information to notify the CFE of failures is given as the free national phone number 071 and on Twitter @CFE_Peninsular y @CFEmx .

Municipal government remains vigilant while electricity is being re-established
For the second consecutive day, there were problems with the electricity supply, and meanwhile staff with the City agencies, in particular the officers of Public Safety and Civil Defense, continue to work to ensure the tranquility of island families until this vital service is restored.
The Municipal President, Juan Carrillo Soberanis, has instructed the various agencies that make up the city of Isla Mujeres, to assist the residents and let them know that they have the support of their authorities, who in turn are in direct communication with the representatives of the CFE (Federal Electricity Commission), in order to see that efforts are accelerated to restore electrical service as soon as possible.
The Mayor emphasized that for this administration it is important that islanders can count on their basic services and necessities, such as electricity, which is why he is staying in communication with the superintendent for the Cancun area of the CFE, Capi Madera Gil, to know the details of the work being done and to see that it is completed in the shortest possible time.
Juan Carrillo Soberanis, reiterated that he is very aware of this situation and is working in coordination with the relevant agencies, seeking to restore electrical service, and in the meantime the officers of Public Safety and Traffic will be patrolling the colonias to ensure the welfare of Isla families.
(Around dusk, it went out again for a couple hours. The Super Xpress and Chedraui apparently have generators & were open. The former was out of candles, and Chedraui was rationing them at one to a customer. People were being polite & friendly & the store was very busy. The franchise convenience stores like Oxxo, Willy's, & 7-11 were closed and the minisupers were open.)


We have been working for 100 days to transform Isla Mujeres.
Llevamos cien días trabajando para transformar #IslaMujeres #100DíasHaciendoFuturo
There are four photos that make one poster (I can't get them to be side by side),  saying 100 Days, Making our Future. A Secure Isla Mujeres, A Clean Isla Mujeres, that is well governed, with a high quality of life and a healthy economy.

There are photos of a clean up at the high school on the mainland part of the municipality.

There is a repost at midnight yesterday from the Mayor's page with assurances that there was a security operation in place to ensure the safety and confidence of the population during the black out.


From around 6p yesterday... Another electrical failure in Isla Mujeres. The CFE made assurances that it won't be long until it is reestablished.
Una falla eléctrica deja sin electricidad nuevamente a Isla Mujeres; CFE asegura que esta vez no demorará mucho su restablecimiento.

15 hour blackout
Apagón de 15 horas .. [+] Ver masFull article at this link
The blackout lasted for 15 hours from 7pm on Sunday evening to 10 am on Monday, when the problem in Cancun was repaired, which has interrupted service to Isla Mujeres.
However, the CFE (Federal Electrical Commission) took the precaution of installing an additional cable from the underwater cable junction to the substation at Guerrero Avenue. For this work, Mateos avenue was blocked for about three hours, causing some traffic jams, but staff from the CFE said it was necessary in order to prevent a future problem. They insisted there was currently no problem on the island. The CFE superintendent in Isla Mujeres, Orlando Roque, confirmed to the media that the power outage was caused by a problem in Cancun in the line that supplies Punta Sam-Isla Blanca and Isla Mujeres with power.
As today's edition was closing, there was another outage Monday evening before 7pm that lasted at least almost half an hour, when tourist activity is usually high at the bars and restaurants.
There were no incidents associated with the blackout, with most people returning home and increased police patrols throughout the night. However many activities and events were cancelled and the amount of economic losses is unknown.
There is no precedent for this type of electrical power interruptions, and residents and businesses want the CFE to make provisions so that this type of large problem does not happen again and does not affect the image of this vacation destination.

Classes cancelled due to lack of electricity
Día sin clases por falta de electricidad. [+] Ver masFull article at this link
Due to the lack of electricity, classes were suspended at the Isla Mujeres public schools, where about 3000 schoolchildren did not attend school, however the private schools held classes. There were teachers who attended, but the children did not. This included the four preschools Gabriela Mistral, Enrique Camarillo, Tláloc and Isla Mujeres; the three public primay schools Andrés Quintana Roo, César Mendoza y Julio Sauri; and the Middle School “Benito Juárez”. The afternoon shifts were held at the high school Colegio Bachilleres and at the primary school Julio Sauri.
Effects of the blackout included pumping water and problems for those who lacked water for their toilets and hygiene at night and in the morning. Diners who had gone to restaurants and bars to watch sporting events were angry. Credit cards could not be used.
A few businesses had their own generators. For people who had not filled up their gas tanks, the pumps at the gas station were not working. Cell phones failed before midnight, because social networks did not have sufficient 'traffic' to communicate. The owners of small and medium boats were able to recharge their batteries to resume multimedia communication. 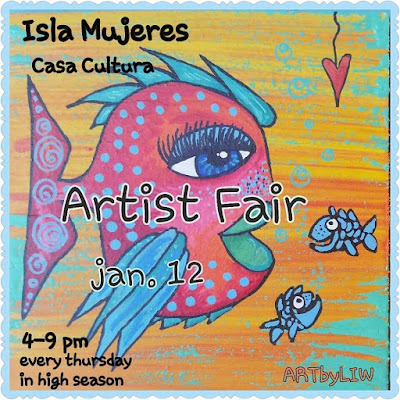