Cold Front #13 over the Yucatan Peninsula is expected to dissipate in the course of the morning, however it will maintain interaction with a low pressure channel in the SW Gulf of Mexico causing occasional rains, which may be strong (2-3 inches) in Quintana Roo, and waves of 2-4 meters (6-13ft) along the coast and winds gusting to 50-60kph (30-37mph). On the 4-day forecast--Being encircled forecasts rain & purple squigglies indicate wind. Onda Tropical-Tropical Wave. The photo is sunrise from MVC B&B. 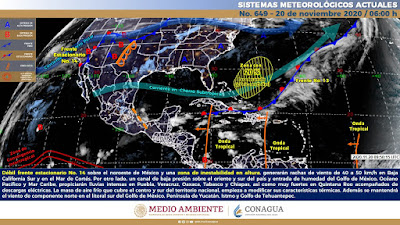 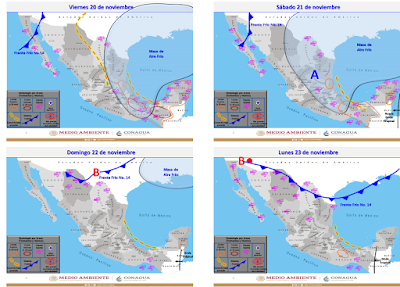 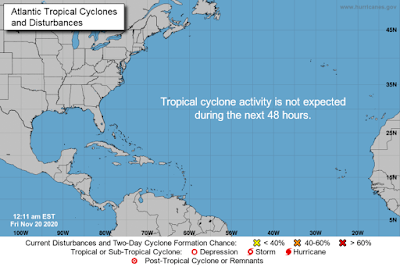 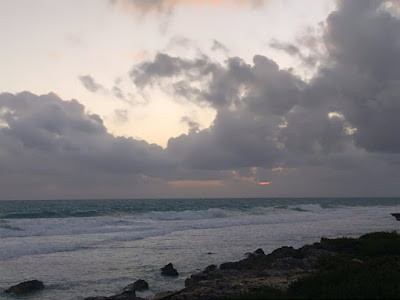 Today is the 110th anniversary of the start of La Revolución Mexicana, which ended the dictatorship of Porfirio Diaz after more than three decades and caused major social & economic changes in Mexico. There's no parade this year, so here's some photos from 2013 & 2017, by Bruce. 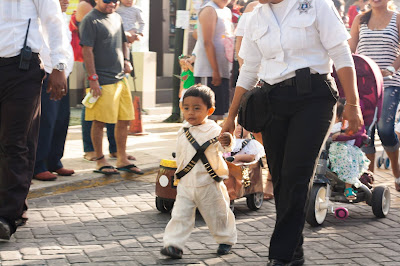 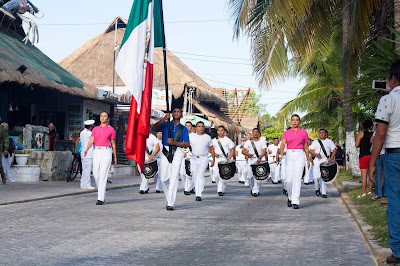 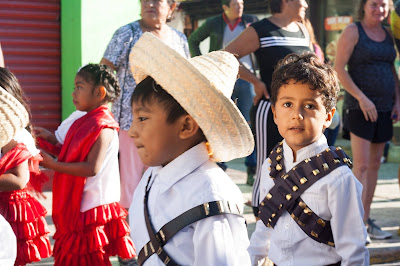 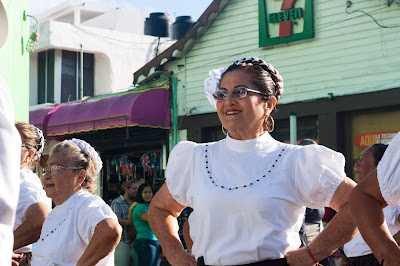 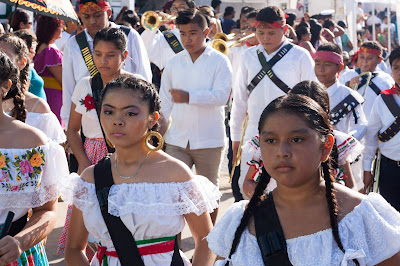 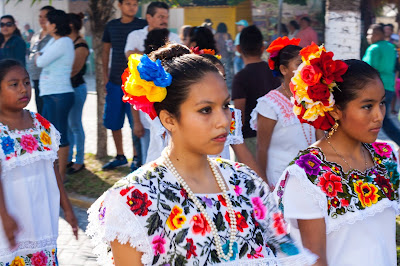 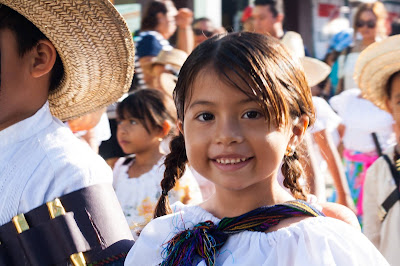 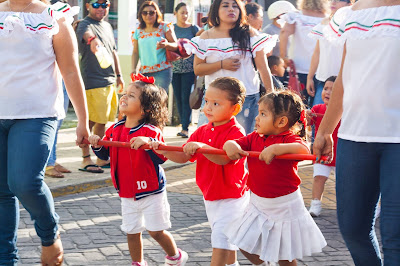 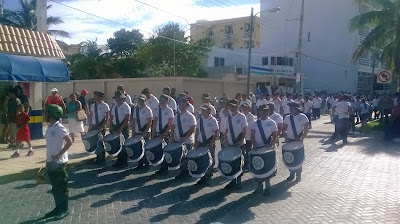 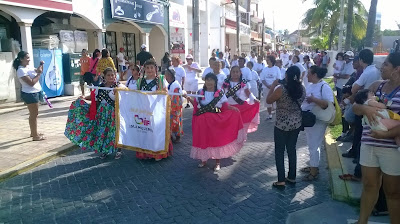 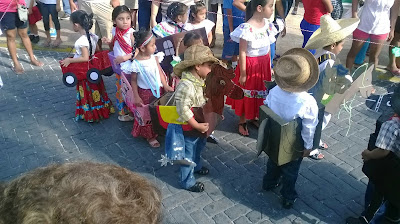 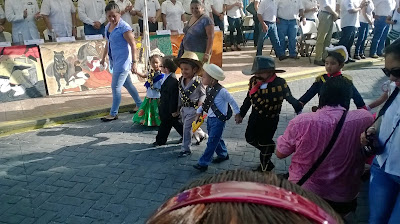 Today the municipality continues to report a total of 223 cases with 20 deaths and 188 recovered. This is the 11th day with no new reported cases (or deaths).
On the national map for 11/19, the municipality reports 150 suspicious (one more than yesterday) and 115 negatives (the same as yesterday). The state geoportal hasn't been updated since Nov. 17th. 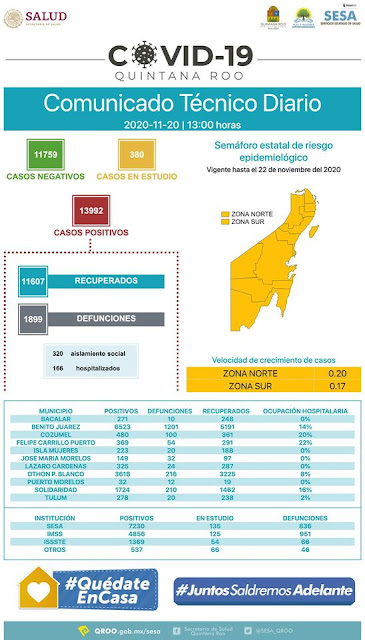 #1-This was the first week since April that Isla Mujeres has had zero reported cases.

In Quintana Roo, there have been nearly 14,000 reported cases of C-19, and nearly 1900 deaths, since the first case was reported on Friday, March 13, in Cancun. Our Northern Zone has reported nearly 70% of the cases in the state. The distribution of these nearly 9600 cases among the seven municipalities of our Northern Zone is shown in the next colored graphics.

With a total of 223 reported cases, Isla Mujeres accounts for only 1.6% of the state's cases, and only 2.3% of those in our Zone. We are the second least populous of the seven municipalities in our Northern Zone, behind Puerto Morelos.

#4-This past week our Northern Zone's Growth Rate hit an all time low of 0.2. It was highest in June & July when it was 1-1.8 (Those months aren't included in the graphic--no room).

Last night, the Governor announced that our Northern Zone Contagion Rate has finally dropped to 0.87. Since late October, he repeatedly warned us it was at 0.98 and that 1 is the limit for returning to the Orange. (The Contagion Rate calculates how many people are being infected by each person with C-19.) Our Zone has been in Yellow since Sept. 7, which caused capacities to increase to 60% at hotels & restaurants & opened the beaches, increasing tourism. The Governor reminded everyone not to let their guard down & it is very important to continue with the preventative measures. 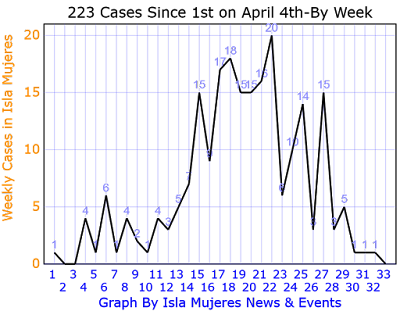 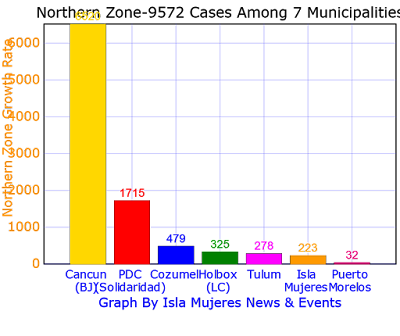 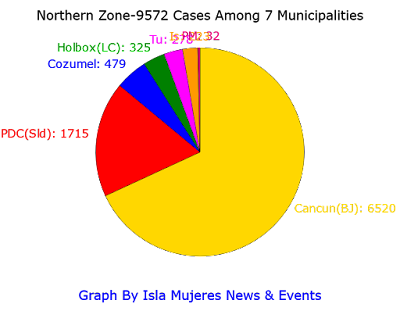 The highest growth rates were in June-July when they were between 1 and 1.8. 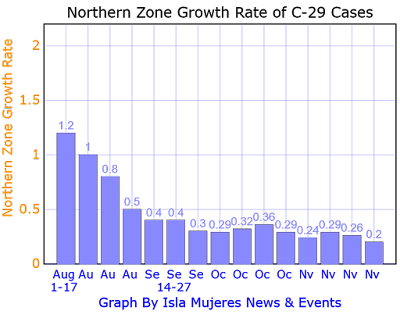 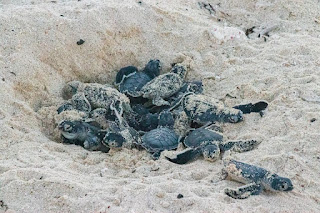 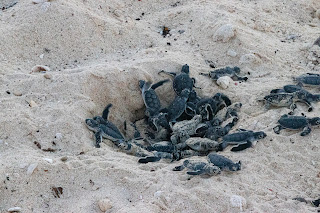 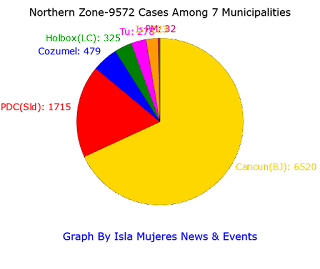